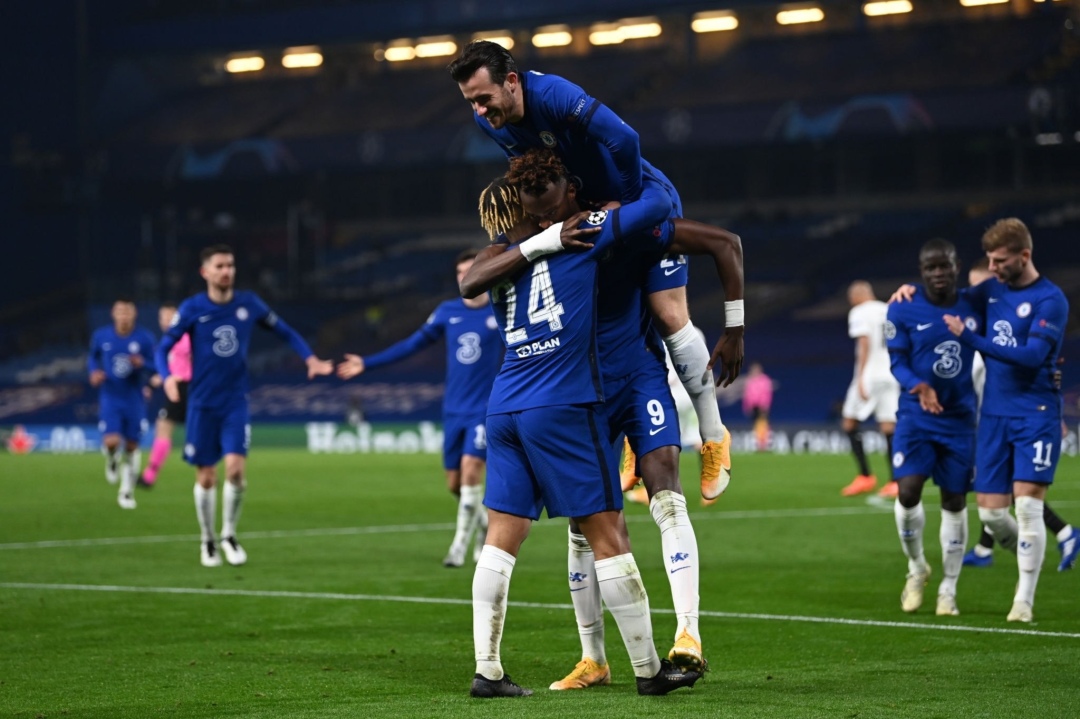 Champions League knockout qualification has been placed firmly into Chelsea’s hands as goals from Timo Werner and Tammy Abraham secured a comfortable 3-0 victory over Rennes.

It was also a fifth consecutive clean sheet for Édouard Mendy, the first time Chelsea have done so in ten years.

Lampard named a strong lineup, with just one change from the win at Burnley with Jorginho coming in to replace Kai Havertz, who tested positive for Covid-19.

As expected, Chelsea started off strongly, passing the ball well and pressing high up the pitch. It only took ten minutes to get the opportunity to break the deadlock after Timo Werner was tripped in the area.

Following his two recent penalty misses, Jorginho stepped aside and let the German striker take the kick, and a strong finish into the bottom right corner made it 1-0.

In the lead, Chelsea struggled to push on and add to it, as Rennes played some neat passes in the attacking half and created some decent openings although failed to test their former teammate Mendy.

Just when Chelsea seemed like they would be heading into half time with a slim advantage, they got a chance to double their lead, again from the spot, albeit with the help of VAR. A shot from Tammy Abraham bounced up from the thigh and onto the arm of Dalbert, giving VAR a decision to make. The referee was told to go over to the monitor and he decided a penalty should have been awarded. A surprise to many as it seemed incredibly harsh on the defender, and that was even before he was shown a second yellow card for the incident. It was a controversial moment as that would never have been given in the Premier League. Nevertheless, Chelsea took this chance and Timo Werner added to his goal tally sending the ball into the roof of the net with a well taken penalty.

Going into the second half two goals and a man up, there was only one way the game was going to go. Chelsea came out quickly, keen to rack up some goals. A couple of chances came and went, most notably an opportunity for Hakim Ziyech at the back post which he skied over the crossbar.

The third wasn’t too far away, however, as in the 50th minute, a brilliant cross was whipped in from Reece James and Tammy Abraham met it to score his first Champions League goal of the campaign. This goal was the first time two Englishmen have combined to score a goal in this competition at Stamford Bridge since March 2012, when Frank Lampard assisted John Terry against Napoli.

With the game effectively done and dusted, Lampard used the opportunity to give some players a well deserved rest, with Kante, Silva, Chilwell, Abraham and Ziyech all being replaced.

Olivier Giroud, coming on for Tammy Abraham, had the pick of the chances in what remained of the game, but one effort was saved and then he failed to convert a header.

Despite having the extra man, Chelsea failed to add to the scoreline and had Édouard Mendy to thank for preserving the clean sheet as he made an excellent stop to deny Clément Grenier.

It was a good night’s work for Frank Lampard and his men, without having to play that well. He has now found a settled defence and things are slowly but surely starting to click in attack. With another stern test to come on Saturday in the shape of Sheffield United, the team will be looking to climb the table with another win and a sixth clean sheet in a row.

Man of the Match – Reece James

Perhaps a player that has gone under the radar, Reece James has made an excellent start to the season. Despite not being tested too much defensively, he stayed strong when needed and didn’t give the attacker much room to play. Going forward he was brilliant as usual, linking up effectively with Ziyech and was a constant threat with his crosses. He was finally rewarded for his efforts as Tammy Abraham got on the end of one of them, giving him the assist. With Ben Chilwell on the opposite flank, they are striking up a promising partnership as it seems they are starting to find the perfect balance between defence and attack. James has gone up another level from last season and he seems to have cemented is place as first choice right back.