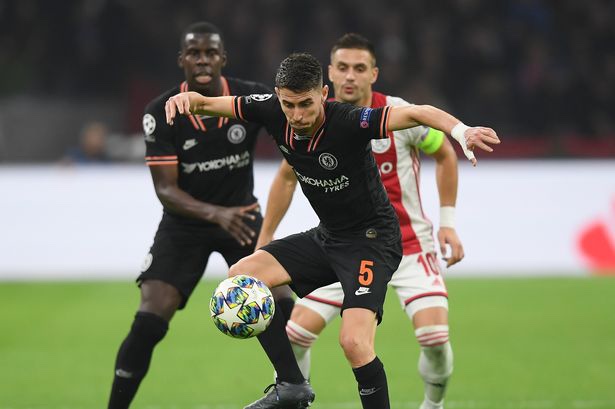 UEFA Champions League – Who should start against Sevilla?

Chelsea’s Champions League campaign for the 20/21 season begins tomorrow with a home tie against Sevilla; whom the Blues have never faced in the competition. @CFCDUBois sets out who should line up against the current Europa League holders.

It was looking increasingly likely that recent signing Edouard Mendy would still remain sidelined from injury for this fixture and thus leaving Kepa or Caballero as the options in goal. However, Chelsea have been handed a boost as Mendy has returned to training and could well be fit to start. This should be an easy selection as Kepa yet again failed to do himself any favours in Chelsea’s 3-3 draw against Southampton

In defence, Chelsea will be looking to welcome Thiago Silva after he was afforded some rest following the international fixtures, The Brazilian has to start and will look to provide stability in a defence that looks short of confidence. Partnering Silva, I would choose Kurt Zouma. Though Zouma’s mistake played a part in Southampton’s equaliser to make it 2-2 on the weekend, the Frenchman seemed to be assured whilst playing with Silva before the international break. Furthermore, Christensen and Zouma have never boded well as a pair thus they’re shaky partnership at the weekend was no surprise and perhaps a surprise that Fikayo Tomori was not afforded a start. At left back, Marcos Alonso’s suspension means little as Ben Chilwell will look to continue his fine run of form of late and thus making it a relatively easy selection decision for Lampard. On the other side, Reece James’ fine performances for England were not enough for him to start against Southampton and I suspect Lampard will continue with captain Azpilicueta against Sevilla. However, I would personally like to see the young talent start.

In midfield, Lampard opted for a Kante-Jorginho pivot against Southampton as Kovacic was unavailable due to the birth of his child. I wasn’t entirely impressed with the pivot on the day and though Jorginho showed pure class to set up Werner’s second, the pairing was not as effective as we have seen in the past. Having said that, I would stick with a pivot but bring Kovacic in for Jorginho to provide Chelsea with a press resistant option that can progress the ball well. In the number 10 role, Kai Havertz is a no brainer. The German linked up well with Werner for his first Premier League goal and will be hoping to provide Chelsea’s forwards with quality service as well as taking opportunities of his own against Sevilla. On his left, I would love to see Callum Hudson-Odoi start on his favoured side but with the reintroduction of Pulisic, I’m sure many Chelsea fans would agree that he holds the key in most of Chelsea’s direct play and thus should start on his favoured left. On the right hand side, Hakim Ziyech could make his first competitive start for Chelsea and in my opinion, he has to. The Moroccan’s silky and elegant style was there to see in his short cameo at the weekend and this game will require his creativity.

My bias towards Olivier Giroud isn’t enough for me to give him the nod against Sevilla. The elite target man has found minutes hard to come by so far this season at Chelsea and this is not entirely justified considering his incredible run of form towards the end of last season and for his country. However, with Tammy taking his chances and Werner starting to fire, Chelsea are blessed with options in the striking department. For this fixture, I would continue with Timo Werner after his brace at the weekend providing him with a real opportunity to continue to kick start his career at the club and there’s no better way to do it than under lights at the Bridge in a Champions League fixture.