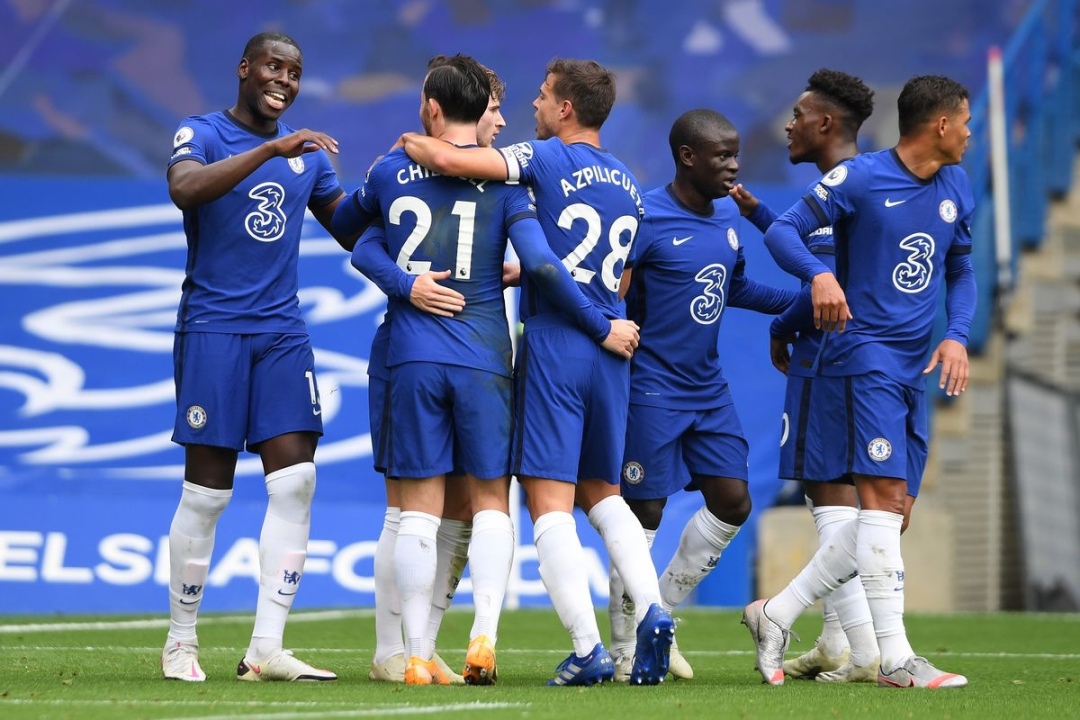 After a summer spending spree totalling £230 million, many, including some Chelsea fans, expect instant success from Frank Lampard. But this view ignores the challenges he faces in bringing about a footballing and cultural revolution at the club.

The Premier League title win of the 2016-2017 season marked the end of an era for Chelsea. After 14 years of near-constant success, where managers usually faced the sack for failing to win the league, Chelsea dropped away into relative obscurity for a club which had become addicted to winning.

Antonio Conte was a popular figure among the supporters, and no doubt he enjoyed that first season too, as his frantic touchline celebrations showed. But a combination of his personal desire to return to Italy, fall-out with Diego Costa, and poor recruitment contrived to end the Italian’s reign after his second season in charge. A total of £230 million was spent on largely sub-par players, or players for whom it just didn’t go right for at Chelsea. Alvaro Morata started well but failed to fill the big boots of Costa, following a back injury and a crisis of confidence.

Danny Drinkwater, Tiemoue Bakayoko, Davide Zappacosta, and Emerson Palmieri were brought in for over £110 million, before rapidly sinking without a trace. Ethan Ampadu, Olivier Giroud, and Ross Barkley were undoubtedly the best arrivals in the window, but far from enough. Struggling to cope without Diego Costa, Chelsea failed to qualify for the Champions League. The FA Cup was not enough to save Conte’s job, and the Italian was eventually sacked at great expense.

The following season’s recruitment was arguably worse. With Maurizio Sarri arriving late in what was a truncated summer transfer window following a Premier League decision to conclude the window before the season began, Chelsea were unable to make enough quality signings, and hastily made Kepa Arrizabalaga the world’s most expensive goalkeeper and the club’s record transfer following Thibaut Courtois’ late departure to Real Madrid. Jorginho was a qualified success, and the loan signing of Mateo Kovacic was shrewd. Bringing in Christian Pulisic in the latter half of the season proved to be important for Frank Lampard’s first season in charge, but the shadow of Kepa loomed over Chelsea’s business in this season. Once more, the club’s overall business was poor, and when Alvaro Morata inevitably left the club on loan in January, the £7 million loan signing Gonzalo Higuain failed to impress.

Forced into relying on players already at the club and those returning from loans last season due to the registration ban, Chelsea once more could not improve the playing squad, aside from Mateo Kovacic’s loan move being made permanent.

That made this summer a big one. After three years where £450 million had been spent on largely ineffective and sub-par players, Chelsea used the buyer’s market caused by the pandemic to their advantage, spending more than £200 million brought in by the departures of Hazard, Pasalic, and Morata to fund the arrivals of Edouard Mendy, Ben Chilwell, Thiago Silva, Malang Sarr, Kai Havertz, Timo Werner, and Hakim Ziyech.

Undoubtedly a fantastic transfer window in terms of incoming players, this has created some pressure on Frank Lampard to deliver instant success. But in the context of three years of drifting in the transfer market, along with the losses of Diego Costa, Cesc Fabregas, Eden Hazard, and Thibaut Courtois, the expectations really should not be so high. Chelsea have bought well for the first time in a while, but it will take another year or two before the team really takes shape, with so many young players maturing and key problem areas, such as centre-back and defensive midfield, not yet properly addressed. It’s difficult to argue that 36-year-old Thiago Silva is a long-term solution to Chelsea’s defensive woes.

Further complicating things, Lampard still has a large squad to manage, full of players with no obvious role to play at the club. Drinkwater, Emerson, Rüdiger, and Kepa are among this unwanted band of players, all on big wages. The hope is still that Kepa can rebuild his confidence at Chelsea in direct competition with Edouard Mendy, but the other three certainly are not wanted at the club. Marcos Alonso may ultimately fall into this bracket too, after Lampard’s well-documented outrage at his decision to go back to the team bus following his half-time substitution in the 3-3 draw with West Brom.

The manager’s job has to be put in the context of the last few years. Poor recruitment has been the theme, but not the only problem at the club. Maurizio Sarri’s reign was arguably fairly successful, given the 3rd-place league finish and the Europa League final win over Unai Emery’s Arsenal. But there were systemic problems in Sarri’s approach to management which were replicated in his one-season spell at Juventus: reliance on a key player, a boring style which fans don’t want to watch, and a dictatorial management style behind the scenes. It should speak volumes about the difference between Sarri and Lampard that Jorginho was transformed from scapegoat to hero, and even given the vice-captaincy by Lampard.

Clearly, Frank Lampard’s job is not an easy one. The first season was a struggle to make the Champions League, only just claiming fourth position on the last day with victory over Wolves and Leicester’s defeat at Man United. With Liverpool and Man City’s squads still more advanced and settled than Chelsea, it is unreasonable to expect instant success this season. Progress has to be made, and no-one will want to see the team start to gel more on the pitch that Lampard himself. But questions over Chelsea’s defensive frailties, which were evident once more against Liverpool, West Brom, and Tottenham, as well as whether Lampard really has any kind of playing style, are still prevalent among supporters.

But the club has a three-year plan to return Chelsea to the world’s elite, and Lampard is integral to that plan. The past two managers failed to instil any sort of sustainable, long-term winning mentality, and Lampard, determined to succeed at Chelsea, wants to lay the foundations for a new golden age. The hallmarks of this revolution are clear, with Chelsea bringing in the manager’s number one target in almost every position: Kai Havertz, Timo Werner, Hakim Ziyech, and Ben Chilwell. Though some pragmatism was necessary to fix key problem areas with the arrivals of Thiago Silva and Edouard Mendy, elsewhere on the pitch, it was all or nothing. Declan Rice and Jose Maria Gimenez ultimately proved unattainable targets for defensive midfield and centre-back respectively, and the club did not turn to back-up options like Thomas Partey, Arsenal’s new signing. This is a good sign that the club wants the best and only the best, and will not sacrifice quality for short-term thinking.

And Lampard’s own management style should be a cause for optimism, too. He is said to have a relaxed style, keeping training sessions enjoyable and varying training drills, in opposition to Sarri’s repetitive training methods. He also does not rule by decree as previous managers have, allowing the players to breathe and enjoy being at the club. Having said that, he is not lax on those who fail to reach the required standards of behaviour and performance, brutally dropping players like Kepa Arrizabalaga and imposing large fines for various crimes such as being late to training. His mix of exacting standards and relaxed style bodes well for the future success of the club.

Despite his high-profile argument with Jurgen Klopp on the touchline at the end of last season, the Chelsea boss has a similar style to the German, who struggled to plug defensive holes and instil a winning mentality in his first couple of years in the Liverpool job. It took the arrivals of Salah, Mane, Fabinho, Alisson, Robertson and van Dijk for Liverpool to become the force they are today. Not having settled personnelin the early stage of his second season in the job didn’t deter the Liverpool coach, and Frank Lampard seems similarly single-minded in his vision for the club and the rebuilding job that is now well underway. There are good signs for the club going forward, despite continuing defensive issues. The manager wants to play good football, sign big players, and establish a core group of young players to take the club forward for many years to come. It is easy to be reactionary after poor performances or disappointing results. But a closer look at the long-term rebuilding job going on at Chelsea reveals significant positives that will, in time, bring the supporters together and lead the club into a new golden age.