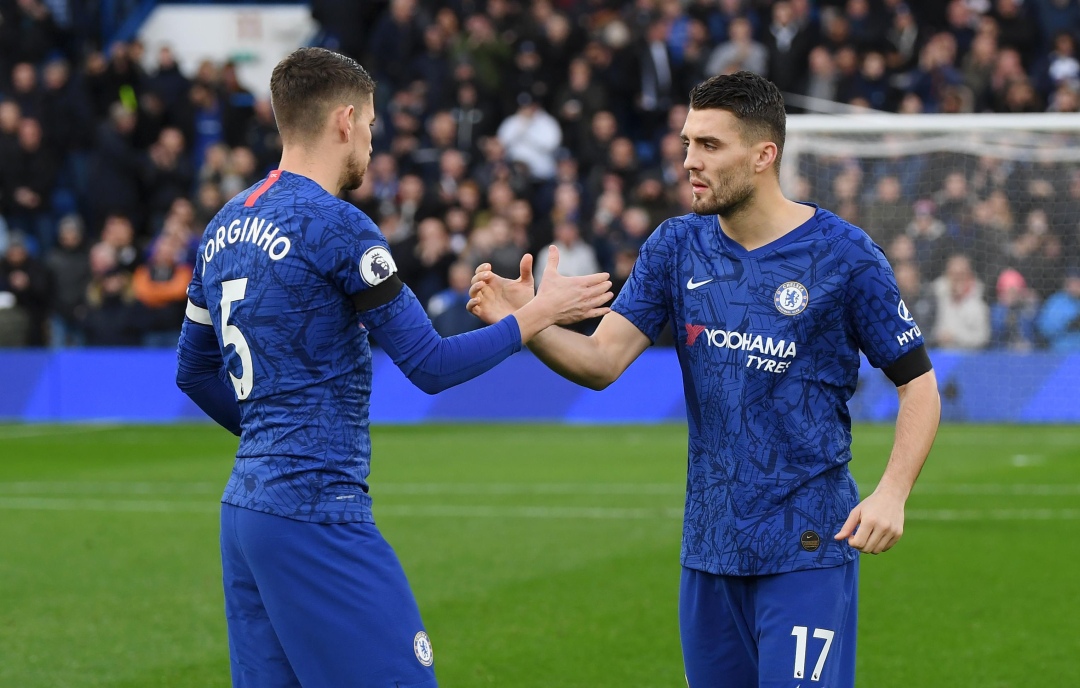 Does a Jovacic double-pivot really work?

There have been a lot of interesting line-ups that Frank Lampard has put forth as Chelsea manager, and he has probably tried every different combination in the book (literally everything possible). There are a lot of positions in the team where there hasn’t been a set first-choice pairing or trio, which sees a staggering amount of changes being made to the team every week. One of those positions is the midfield double pivot when we play a 4-2-3-1 formation. We have seen different combinations tried there since the start of last season including Jorginho-Kante and Kante-Kovacic. But last season, in the absence of N’Golo Kante, Frank turned to Jorginho-Kovacic quite a few times to get that fluid passing movement going from the midfield area, to convert it into attacking build-ups, and break the opposition’s press with their fluid one touch football.

This season, it has been used on one occassion – against Tottenham in the Carabao Cup, which we lost on penalties, after the Kante-Kovacic pivot failed to make an impact and was relatively unimpressive on the whole against West Bromwich Albion. Admittedly, the lack of a traditional destroyer defensive midfielder in midfield, and the lack of required discipline in our current midfielders to stay in their lanes will remain a little problem that we’ll have throughout the season, but even then, now that Kante is fit, I do not see the point in using a Jorginho-Kovacic pivot anymore. I was fine with it last season at times, because Kante was unfit for the most part of the season and we did not have a variety of options, but now that we do, I would like to see it as little as possible.

A lot of people seem to believe that Jovacic is our best midfield duo right now, because of their one touch passing and ability to progress the ball – which I think, massively underplays the importance of a lot of other things that are required in a game of football at the highest level, including off the ball work – which both of these players aren’t great at. They’re not good at covering the defense, which is a huge problem even against smaller sides in the Premier League, where people seem to think that not defending is okay, which it isn’t, and you require especially strong defensive cover in those games, because you need your midfielders to go back and forth as quick as possible in the event of counter-attacks, which are a common way for these teams to deliver a sucker punch against sides bigger than them. Since none of them are especially mobile and good at making key interceptions, or getting back and roughing it up a little bit, like Kante is, that is one huge problem that we face when we play them together.

That is just one out of their many weaknesses though. The lack of athleticism in midfield leaves gaping holes that are hard to recover from. They do not have the pace to make recoveries, nor do they have the stability to hold their possession and cover for others when they bomb forward. Mateo Kovacic often wanders from his possession while dribbling, and that leaves us open, since Jorginho can’t do a two man job, and the same thing happens when Jorginho goes forward too.

The “fluidic” football and the co-ordination that the fans see between the two is probably something that is a good thing to watch when we do have them on at the same time, their understanding and movement between them when they are on the ball looks good at times, but it flatters to deceive in the sense that it does not cover up or outweigh the limitations that this pivot poses for us. Against sides that are set up to defend against us, these two look fine on their own, but do they contribute much to the team? Not really, in my opinion. While both of these players are famed for either their passing or their dribbling, among themselves, that pivot is way too safe an option to be of much use in either attack or defense. Something that I’ve personally observed when we play that pivot is that there is a clear lack of progression. Both of them often play passes out of the defensive third, or dribble their way through, but then they look up and look quite lost as to what to do sometimes, and end up taking the safe five yard passing route that might sometimes look good, but its way to safe. You don’t see either of them go forward and actually help in any way, neither do you see the both of them stay disciplined and compact and defend well. If they did either of these things well enough, it may have been enough to outweigh their limitations at the other end of the pitch, but together, they’re not really very good at either. This can be seen from our toothless performance against Spurs in the first half, where even without any sort of pressure from Spurs, our midfield did look fragile in the first half, and looked like they would be broken through if they tried hard enough, which is what they did in the second half.

If you insert Kante and take out one of the two however, he does more functionally in terms of passing and progressive play (some of his less talked about attributes) and helps a lot in terms of recovery, making interceptions, tracking back and making tactical fouls, albeit his lack of discipline in terms of positioning as well, which again brings us back to the problem of not having a proper defensive midfielder with whom Kante could potentially thrive. But even if we ignore that, he still does more than both these players. Note that I’m not talking about just their individual qualities, as both Jorginho and Kovacic (Kovacic, more so) are very good at what they do individually, but do they offer enough as a pivot? I do not think so.

What is the solution to this? Lampard used a Jorginho-Kante pivot against Crystal Palace with a solid back four and we ended up winning the game quite comfortably, and both of them performed well in their respective roles. I do not know if that pivot is essentially the answer, or whether Kante-Kovacic is the answer, considering what Lampard said about them being a “quiet” pair, emphasizing on the fact that there is not much communication between the two on the pitch, and both of whom have been considered as players who like roaming from their positions, to disastrous effect at times. However, I do think the WBA game was not a large enough sample size, and both these players were not at their best, like the rest of the team, and I feel that eventually the Kante-Kovacic pivot might be our best option this season when we play a 4-2-3-1.

Whatever the combination is, we need to get it right soon and stick with it for a run of games to cement it for this season at least.