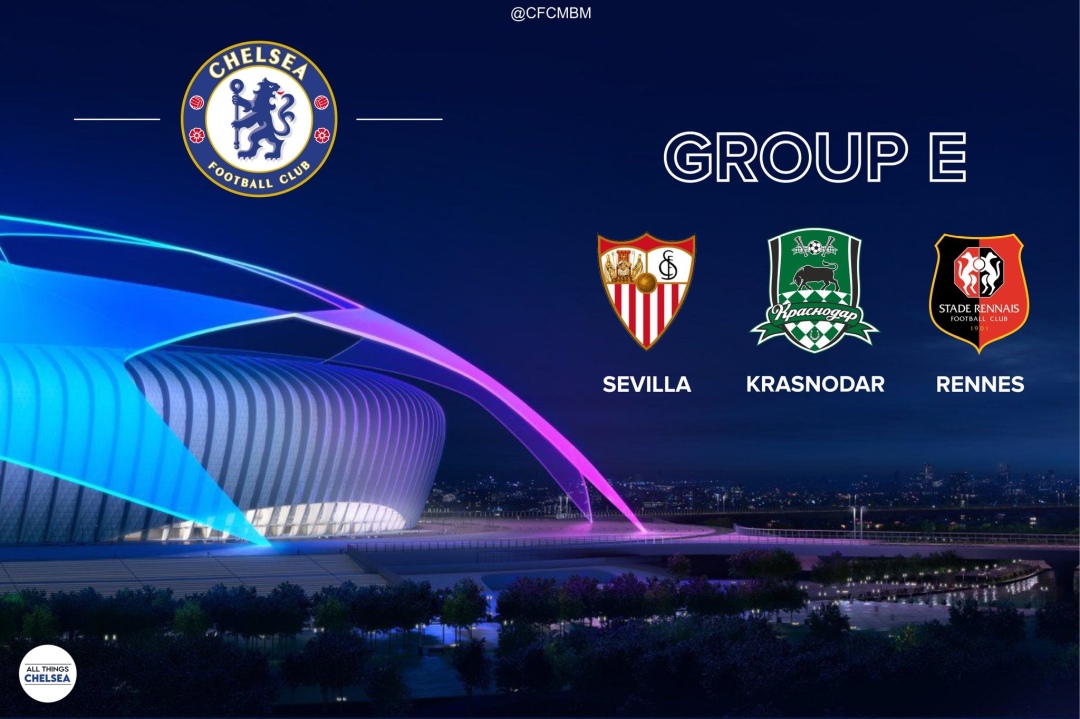 Eight years after they won the competition at the club, Florent Malouda and Didier Drogba haved helped us in the Champions League once again. While completing the draw for the Group Stage of the competition, they drew Chelsea in the relatively easy group of Group E. Sevilla, FC Krasondor and Stade Rennes may not have been the easiest teams we could have been drawn against, but they weren’t far of and this is definitely a group we should be topping.

Chelsea fans would have breathed a sigh of relief when they were drawn into Group E, meaning they avoided the Pot 1 heavyweights of Bayern Munich and Real Madrid and were instead given the much softer draw of Sevilla. Nonetheless, Chelsea fans should be in no doubt that they will face a couple of tough matches against the Spanish outfit. Sevilla were in Pot 1 courtesy of their triumph in last year’s Europa League, in which they beat the likes of Wolves, Manchester United and Inter Milan. They also finished a respectable 4th in the La Liga, behind only the Spanish giants of the Real, Atletico and Barcelona. Nonetheless, Chelsea should be aiming for at least 4 points from these two fixtures, especially considering Sevilla have lost their previous star-man, in Sergio Reguilon, to Spurs.

FC Krasnodar, were undoubtedly the weakest team in pot 3. The Russian team finished 3rd in last year’s league but this year sit a disappointing 7th after 9 games. This suggests that they should be easy pickings for Frank Lampard’s men and the two games against them may be the opportunity to give a few youngsters a chance. Either way, Chelsea should be aiming for nothing less than 6 points from these fixtures and perhaps even a double-figure scoreline.

Drogba’s fourth pick for the group ensured that new goal-keeper, Edouard Mendy, would be having a quick reunion with his former team in Northern France. Chelsea fans may be forgiven for writing off Rennes as two easy wins, especially after we poached their star player. However, the French team finished third in Ligue 1 last year, behind PSG and Marseille; and even more impressively, they currently sit top of the table, having won their first 4 games and drawing the fifth. Having said that, Chelsea should be gunning for at least 4-6 points in their two matches against Rennes which, combined with other results, should see them qualifying comfortably.

Last year, Chelsea struggled to a second-place finish in their group, containing Ajax, Valencia and Lille and While we were happy to ultimately qualify for the round of 16, missing out on that top spot ultimately saw us drawn against Bayern Munich. This year, there are no excuses. True, if we want to win the Champions League we must eventually beat a couple of big teams but this Chelsea team is not yet at that stage. We should be aiming for the quarter/semi-finals and taking it from there and that means ensuring we have the easiest route to the latter stages of the competition. Simply put: this a group we can not afford to come second in.