Atlético Madrid keeper Jan Oblak has built a reputation over the last six years in Spain where he can now be widely considered as the best goalkeeper in the world. The legendary figures of Iker Casillas, Gianluigi Buffon and Petr Cech have all moved on from their respective primes and Oblak is now in that top bracket of keepers.

It’s no secret that Chelsea are on the lookout for a new number one. Kepa Arrizabalaga still is the world’s most expensive goalkeeper, but this season he’s recorded some of the worst goalkeeping stats in Europe’s top five leagues. Transfer targets have included the likes Nick Pope, Andre Onana, Dean Henderson and of course, Jan Oblak.

This article looks a little closer at the latter, who has been linked with a move to Stamford Bridge. Of course, the main stumbling block would be the £120m release clause. He said he would talk about the Chelsea links after his club season is over. As RB Leipzig have just beaten them in the Champions League, this story may pick up more traction in the coming days and weeks…

AS – There's been talk in England of Chelsea's interest…

Jan Oblak – "It's not the time to talk about that, right now we've got Leipzig to think about. I'll assess the season when it's over. There'll be time after that to talk."https://t.co/OtMRMgMjBC

As mentioned, he has that world class pedigree and that comes from years of consistent performances in Diego Simeone’s hard working Madrid team. After all, he has the record for the fewest amount of games to reach 100 clean sheets, doing so in only 182 games. The previous record was in 222 matches.

There are claims that in a defensive team, he has ‘less to do’ than other top keepers. This is simply not true. Whilst, on average, they usually foil other team’s attacks and are brilliant at blocking shots, passes and crosses, over the course of years he has performed magnificently. 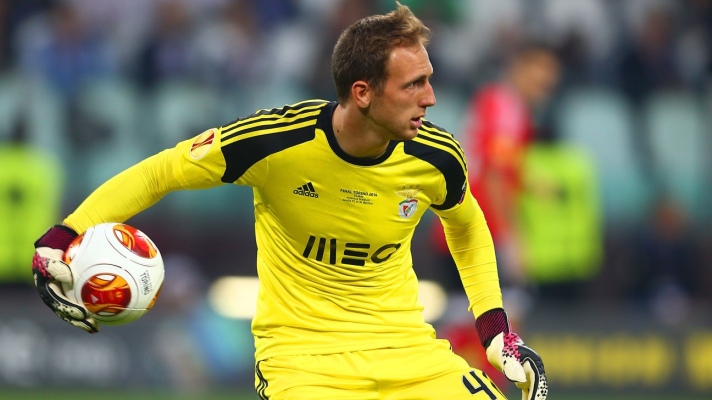 He made his breakthrough season at 17, winning the domestic treble with Benfica before moving to La Liga and Atlético becoming the most expensive keeper at that time. Winning La Liga best goalkeeper four years in a row from 2015-2019 hammered home the idea of him being world class. In those seasons, he conceded the least goals with the lowest being 15-16, where they only conceded 18 in the league.

If you need any indication of his talent, he is a tremendous shot stopper, has impeccable positioning and cat like reflexes. He has barely made an error over the last five years, and that consistency is exactly what top level football is about. Go and watch his sensational performance at Anfield earlier this season. As the best team in the world at the time lay siege on the Ateltico goal, Oblak stood strong with nine saves. Pushing out dangerous shots away from danger, always alert and he stood tall where Marc-Andre Ter Stegan didn’t the year previous.

🙌 New record! Jan Oblak reaches 100 clean sheets in the Spanish Liga in just 182 games for Atlético – quicker than any goalkeeper in the history of the competition…

We know Kepa’s stats fell in the lowest tier of all keepers in Europe’s top five leagues this year. Therefore, comparing Oblak to Kepa and Willy Caballero will help to show how he lines up against the Chelsea boys:

Oblak’s average clean sheet percentage over the last six La Liga’s has been 55.6% per game – Kepa recorded 32% and Caballero 37%.

In terms of average save percentage, Oblak’s was 80% over six years with Kepa at 68% and Caballero at 70%. However, Kepa and Caballero have played a combined 213 games to Oblak’s 191 in that time period so take that into account. 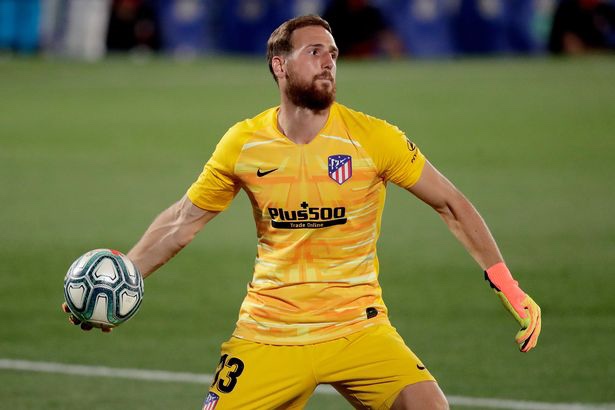 A key stat is Post-Shot Expected Goals minus Goals Allowed (PSxG) This stat looks at expected goals based on how likely the goalkeeper is to save the shot. The higher the figure, the better ability the keeper has at saving shots.

Oblak’s stats show he’s over performed in the last three years, saving an average of 8 goals in comparison to the expected goals total. Kepa has, surprisingly, under performed allowing an average of 3 goals over what he was expected. With this season being his worst by far (you didn’t need stats to tell you that) under performing by letting 9.8 more goals more than he should have. Caballero’s stats are average at -0.8 over the last three seasons, which is expectant of a backup keeper.

The age-old mantra of a great goalkeeper wins you 10-15 points per season rings true here with Oblak. Whilst Kepa’s stats lay focus to the idea that a bad keeper can lose you those amounts of points too.

The quote which has sparked a real interest from fans was – “It’s not the time to talk about that, right now we’ve got Leipzig to think about. I’ll assess the season when it’s over. There’ll be time after that to talk.” However, the Blues know that the release clause is at a whopping £120m.

It’s very unlikely that he will go for less than that, unless Chelsea can negotiate a deal where a player goes in the opposite direction. If Kai Havertz signs for big money, it may rule out a potential move for the Slovakian keeper. It may seem that cheaper alternatives such as Onana could fill the void being vacated by Kepa.

Although, there are strong rumours of a squad overhaul with futures of Jorginho, Ross Barkley, Michy Batshuayi, Marcos Alonso, Emerson, Andreas Christensen and Antonio Rudiger all at risk. But it seems that the transfer noise will only get louder now that Atlético Madrid are indeed out of the Champions League. As the quote says, Oblak will talk after the season has ended for him and Atlético. The season has ended, is it time to talk?