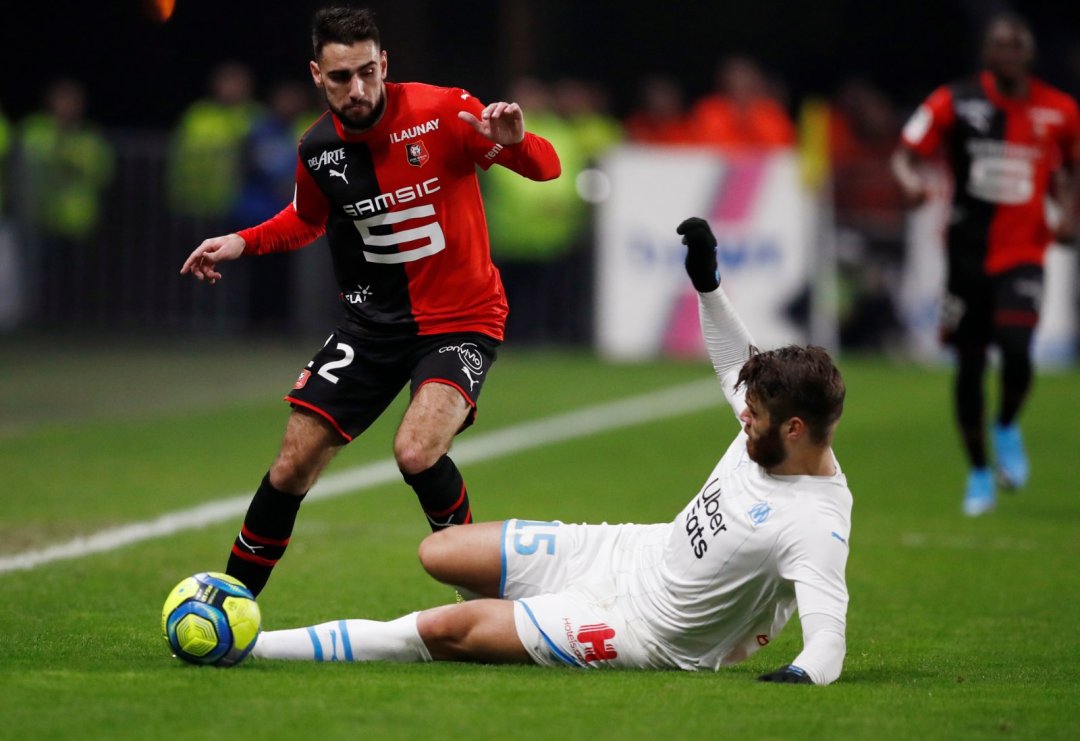 Duje Caleta-Car: A Lesser Known Solution To Our Defensive Woes

It is no secret that Chelsea have been poor at the back this season- the 54 goals conceded in the league speak for themselves. Most of these goals have been due to individual errors, or the sheer incompetence of certain players.

While Chelsea have been linked with several goalkeepers, the centre-back position also seems to require an upgrade, with none of our four options able to put in good performances on a consistent basis.

Kurt Zouma seems to be our most favoured option at the heart of the defence of late, as Christensen’s bright run of form has faded off, and the Dane has found his spot in the line-up compromised following two poor showings against West Ham and Sheffield United. Fikayo Tomori has not featured since his awful performance in the 2-2 draw against Bournemouth back in February, while Rudiger continues to play owing to his experience, despite his recurring inconsistencies.

Declan Rice continues to be linked to the club where he was a youth prospect, but whether he is being looked at as a centre-back or a defensive midfielder is unclear. With Jorginho not fitting the system under Lampard and Kante’s frequent injuries, the utilization of the young English player as a midfielder might be a possibility, but that would leave us with our existing centre-backs as our only options for next season as well. And that thought is scary.

However, with Chelsea reportedly planning moves for the likes of Oblak, Chilwell as well as Rice along with Havertz, there may be a very limited budget left over for the centre-half position; a smart signing with potential who is also an upgrade to our existing options is like striking gold. Gabriel Magalhaes from Lille seems to be a solid option, but he continues to be linked strongly with a host of clubs including Napoli, Arsenal, Tottenham and Everton, and his future remains unclear. However, I will be concentrating on a player who is from the same league, but forms part of the runners up, Marseille.

Duje Caleta-Car is the name of this exciting prospect, and he is Croatian by birth. After plying his trade in Austria with RB Salzburg, French outfit Marseille signed him up in the summer of 2018 following his impressive performance against Iceland in the World Cup, where his nation reached the final before losing out to France. The 23-year-old has made 26 appearances this season, and would’ve made a lot more had the French Football Federation chosen not to cancel the remainder of the Ligue 1 campaign.

The towering centre-back stands at 192cm, and plays with a sense of maturity well beyond his age. The first and foremost statistic which stands out is a consequence of his stature, as he wins 73.4% of his aerial duels. And with Chelsea struggling to deal with aerial threats this season, Caleta-Car would be a huge upgrade in that regard. He also naturally plays on the left side of the back four, and is right footed but comfortable with his weaker foot as well, and a partnership with Zouma would be a nightmare for any target man who relies on outmuscling the defender.

The Croatian centre-back averages 1.3 tackles per game and 1.1 interceptions per game, which is a good figure for a side that generally has more possession of the ball than the opposition. He has also made 38 blocks and 124 clearances. Another impressive statistic is his ability to hold his ground when an attacker is running at him with the ball at his feet, as he tackles 61.3% of dribblers which is considerably higher than Zouma and Christensen (37.5% and 45.8% respectively, while Rudiger astonishingly leads this with 61.9%).

Caleta-Car’s passing accuracy stands at 88.9%, which is slightly lesser than Zouma and Christensen, but is ahead of Rudiger in this regard. However, he averages just 50.4 passes per game, which is significantly lower than all our current options, but his accuracy is more or less on par with them, by which we can infer that playing more passes per game shouldn’t be an issue for him. I had mentioned earlier that he is comfortable with both his feet, and this can be proven by the fact that he’s made 654 passes with his right foot and 322 passes with his left foot, meaning he has made nearly 30% of his total passes with his ‘weaker’ side. This attribute could come in handy to switch play spontaneously, and adds dynamism while playing out from the back. The 23-year-old also attempts 3.5 long balls per game and completes 53% of those- players like Pulisic and Werner who like making runs to beat the offside trap set by opposition could benefit by this. He is also free from any long-term recurring injuries, and has in fact missed just one game in his entire career (which was also due to fever and not any injury).

All in all, Duje Caleta-Car is the complete package. While he does not completely dominate all our centre-backs in every aspect, he is a combination of all their best attributes- Zouma’s aerial ability, Christensen’s composure on the ball and Rudiger’s ability to tackle an opposing dribbler (as per stats). At the age of 23, he is still off his peak, but is already putting in commendable displays on a consistent basis.

While Rice remains our primary target, the sale of Jorginho and / or Kante could pave his way to being our midfield destroyer- a role at which he has excelled this season at West Ham. This would enable us to sign another centre-back, and Caleta-Car is the best budget option at the moment. Transfermarkt values him at 23 million Euros, but a slightly higher bid could see Marseille tempted to sell the player who is under contract till 2023, especially due to their financial situation.

3 thoughts on “Duje Caleta-Car: A Lesser Known Solution To Our Defensive Woes”