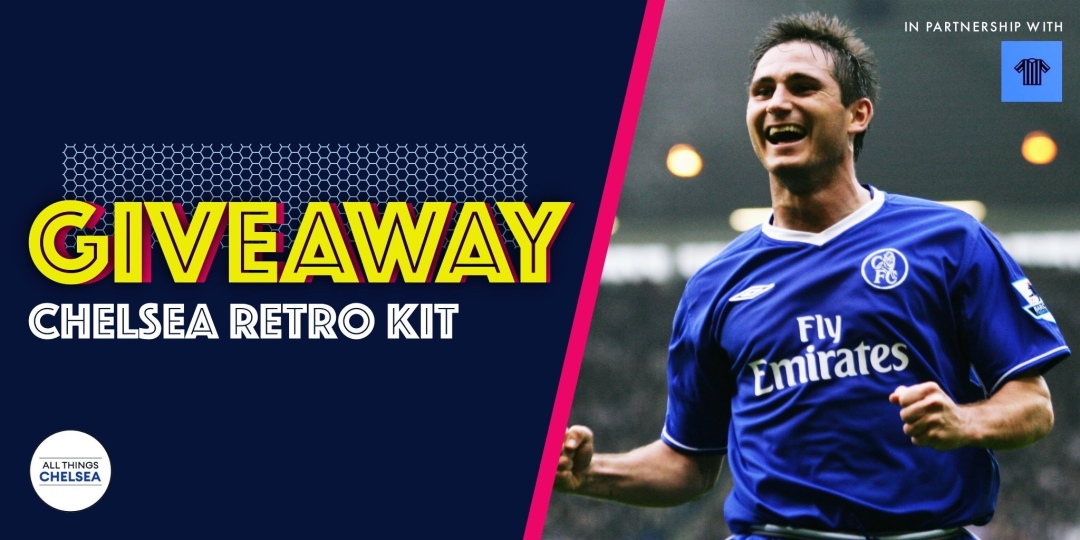 To celebrate the launch of our new home kit, we are teaming up with The Kit Supplier (@thekitsupplier1) to give away FOUR retro shirts of your choice.

For a bonus entry, comment your favourite Chelsea strip of all time down below.

This shirt divided opinions when it released shortly before the start of our title-winning campaign, but the team that played in it certainly did not.

This shirt reminds me particularly of that iconic Bonfire Night in 2016, where Eden Hazard and his charges tore Everton apart by a five goal margin under the Stamford Bridge lights.

The fact this jazzy number still makes this list despite being donned two years before I was born is proof of its iconic status amongst Chelsea fans.

Officially ‘tangerine and graphite’, this shirt came from the left-field of the Umbro production line – and many tributes to this shirt have been attempted by various manufacturers in recent years.

Many fans remember this fondly as the ‘Gullit x Hughes’ shirt, as the foundations of our transition into domestic heavyweight were laid in this shirt.

Yellow shirts always go down well with Chelsea fans, and this one is no exception.

This smart number was Adidas’ first attempt at yellow, and it quickly grew into a classic in West London.

Chelsea donned this shirt at Wembley for our fifth FA Cup Final victory, as goals from Didier Drogba and Frank Lampard cancelled out an early Louis Saha opener.

This shirt really is a mandatory addition to any piece on iconic Chelsea shirts.

Less really can be more when producing football shirts, and this shirt is the proof. This was also the final Umbro shirt that Chelsea wore for more than a single season, donned both in the final season of the Ranieri era and the maiden one of Mourinho’s first stint at the club.

There are too many memories of this shirt that stick out, but the ultimate one has to be Frank Lampard’s glorious brace at the Reebok Stadium to secure our first Premier League title.

Do you agree with Tom’s selections? Comment your favourite Chelsea shirts for a chance of winning a retro shirt of your choice!