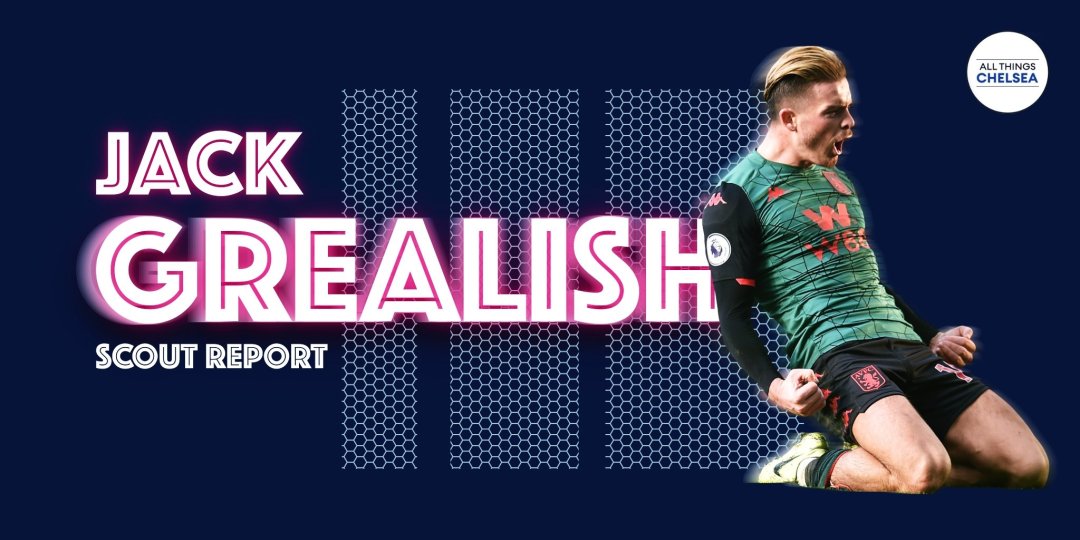 One to Watch – Jack Grealish.

As we slowly and steadily begin Project Restart, the reopening of the best league in the world, there is a keen sense of anticipation building among the Chelsea fans, who will have to wait ’till Sunday for the first match of Project Chelsea Restart. We face relegation threatened Aston Villa, who are currently languishing at the wrong end of the table in 19th place after their fortuitous 0-0 draw against Sheffield United in their first match back to kick-start the second session of this season post the pandemic. It promises to be an exciting encounter, albeit without fans, as both teams will be motivated in their different ways, with Chelsea aiming to cement their top four place, and Villa vying to lift themselves out of the bottom three. The last time we faced Villa was at Stamford Bridge when we beat them 2-1, with Tammy Abraham scoring one and setting one up for Mason Mount.

For this game, picking the man to watch out for from the opposition’s ranks was quite simple – someone who seems to have grown out of Aston Villa and plays on the minds of top clubs as a transfer target now. Yes, its Jack Grealish. He has been Villa’s standout player this season, and one of the best midfielders in the Premier League, while putting up good numbers, with seven goals and six assists to his name in the Premier League, and nine goals and eight assists across all competitions.

The reason Chelsea should be wary of Grealish is because Chelsea’s defending as a unit has been poor this season, which is a result of leaving huge gaps in transition. Grealish is someone who, as an attacking midfielder who has usually been deployed either on the left or in central midfield this season, can exploit these spaces, either by getting into positions to score, or by letting some of his other teammates make those runs and use his passing and dribbling abilities to create chances for them. Grealish, when deployed in the attacking midfield role, operates on the central left side, and is someone who can drive forward with the ball at his feet, behind the opposition midfield and in front of the defense in the final third. He is also a very good passer, with a passing accuracy of 83.89%, which is a good success rate for someone who is an attacking midfielder with more forward passes into and around the box. His true strength, however, lies in exploiting half spaces through his dribbling ability that reflects on the fact that he attempts around 6.8 dribbles per 90 minutes, with around a 57% success rate. He also makes forward runs in the final third and takes a good amount of touches in the box. His goal-scoring ability is evident from the fact that he is outperforming his xG at the moment. His heat-map this season shows that he plays more on the central left side, and is always in and around the box, as illustrated below:

One of the main things that we will need to be careful about could be his ability to explore half-spaces for which there needs to be suitable cover to the back line. Considering that Reece James (if he does start) is more of an attack minded Right Back, Reese would need to be careful while venturing forward. Apart from this, in the central areas, if we start with a midfield three, then at the base of the midfield Gilmour’s athleticism might come in handy if Grealish plays more centrally to provide cover to the defense. However, Gilmour needs to stay alert and hold his ground, and the experienced midfielders alongside him would need to help him out by covering ground during transitions. Something that could potentially help Billy deal with that threat would be if Kanté/Kovačić could help him out during transitions to defend against Grealish’s threat. The central defenders would also need to be alert, stay on their feet and keep it tight so that the 24 year old Englishman is not afforded the opportunity to get into the box and shoot, or set one up for his teammates.

One other factor why Grealish is the danger man is that he will be motivated to show off his skills and potentially drive up his value in the market. If he performs in a big match such as this, where he knows big clubs will be on the lookout for him, it would definitely help his cause, as Manchester United’s rumored interested in him.

Ultimately, it all depends on how well we defend as a unit. If we keep it tight in midfield and at the back during transitions, and don’t let Aston Villa explore those spaces that we keep giving, then we should be successful in containing Grealish’s threat. It also depends on how Dean Smith sets his team up as well, a key factor being whether they’ll be going for the win, or just trying to see the match out unharmed. Whichever backline Frank Lampard uses on Sunday, we need to ensure that we play well as a unit and keep their marquee player under control.