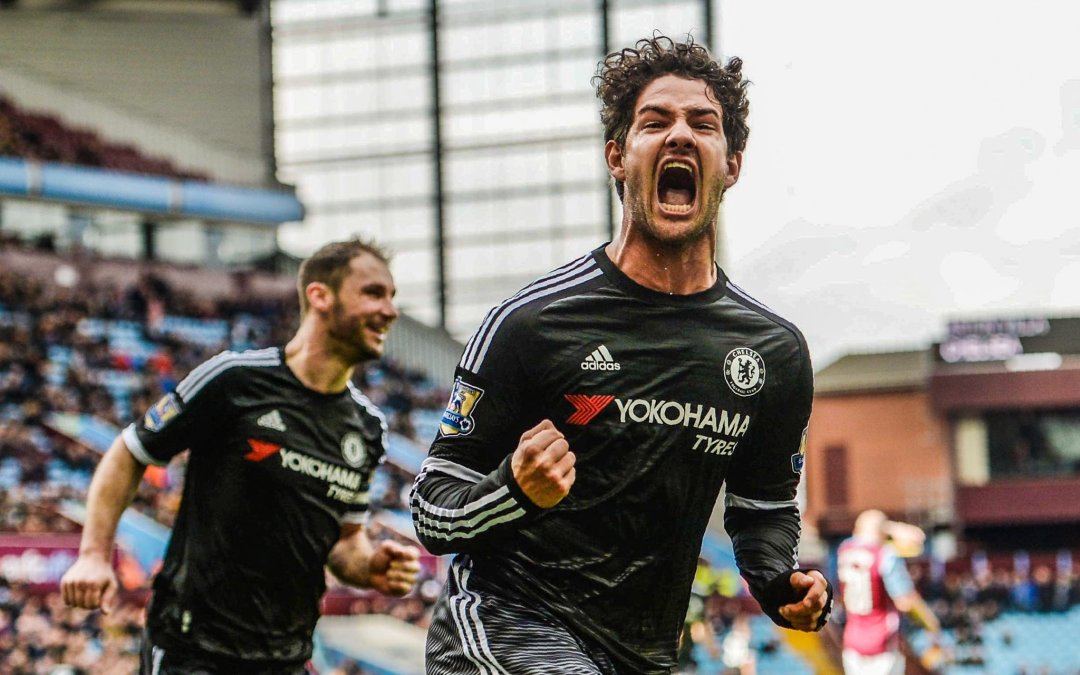 Since there’s no football going on at the moment, we need something to cheer us up. I thought I’d take a look back at some of the strangest transfers made by Chelsea Football Club, how they fared and where they are now. We seem to have a bit of a reputation for making transfers that make very little sense and this list only will provide testament to that fact.

Widely regarded as one of the greatest African players of all time, the winner of the 1995 Balon D’or came to Chelsea in the twilight days of his career. After prolific spells in France and Italy Luca Vialli signed him on loan in January 2000. He became an instant hit with the fans after netting the winner against Spurs on his debut. Goals against Wimbledon and Liverpool in the league and 2 more in our FA Cup run led to him starting the FA Cup final against Aston Villa. Despite his relative success, Vialli chose not to make the move permanent – instead, he joined a rather unheard of team; newly promoted Manchester City. At the time, this was seen as a spectacular career switch. Weah is now the president of his home country Liberia and seems to be having a brilliant time.

Unless you are a Sunderland fan, the name Fabio Borini means little more than ‘That rubbish winger who played for Liverpool and he’s now kicking about in Serie A.’ And I can’t really blame you if that’s what you think. But back in 2008, he was somewhat of a hot topic in the Chelsea reserves. Actually, that’s too generous, he was a lukewarm topic in the Chelsea reserves. After arriving from Bologna in the summer of 2007, he notched up 10 goals in 11 games for the reserve team. This prompted Ancelotti to give him some limited minutes in a variety of competitions. After injury complications, he did very little else in blue, apart from scoring 5 in one game against the West Brom reserves. He then moved back and forth between England and Italy with spells at Swansea, Parma, Roma, Liverpool, and Sunderland. He now plays his football for Verona.

The Diamond from Dimona, the Israeli Iniesta, the Middle Eastern Messi. Call him what you want, it doesn’t change how odd a career he had, nor how little impact his time at Chelsea had. He joined for a fee of £5.5 million in the summer of 2010 after a relatively successful stint for Liverpool. He played a small number of games, with his solitary goal for the blues coming in a 6-0 win against Wigan. In September he ruptured his Achilles which left him sidelined until April. The following summer, after the arrival of a young Juan Mata, he gave up his number 10 shirt to the Spaniard, which looking back was probably the best thing he did in blue. After loans at Arsenal and West Ham he did make the bench in our 2013 Europa League success but left soon after. Overall a largely irrelevant player who spent a short time in London with little to no impact. Isn’t that a familiar story.

Once one of Europe’s hottest prospects, now just a regular in Sportbibles ‘Imagine if these ballers lived up to their potential’ posts, Alexander Pato mustered an impressive two appearances for Chelsea. After joining on loan from Corinthians, the Brazilian scored a penalty on his debut against Aston Villa and then really did little else. Despite being very public about his desire to make the move permanent, it never materialised. After that, his career fell into a downward spiral with spells in Spain and China, where he most notably missed a penalty to deny Tianjin Quanjian their first-ever Chinese Super League win. He now plays for Sao Paulo in Brazil, probably wondering where it all went wrong.

Signed as a replacement for the departing Ashley Cole, Chelsea paid £15.8 million for the Brazilians services in 2014. He spent the season competing with Cesar Azpilicueta for first choice Left Back, but ultimately he fell behind the Spaniard in the pecking order. His solitary goal was a free kick in the League Cup quarter-final against Derby. Luis wasn’t bad during his time at Chelsea, he just wasn’t as good as future captain Azpilicueta. He racked up almost 1000 minutes in our league winning campaign but clearly wasn’t good enough for Mourinho who announced he would be heading back to Atletico at the end of the season. After another century of games for the Madrid side he, like Pato, moved back to his home country of Brazil, and currently plays for Flamengo.

Technically still a Chelsea player, Bakayoko is a transfer that all Chelsea fans wish they could forget. After Monaco’s golden generation was raided, it quickly became very clear that Chelsea had drawn the short straw. The Frenchmen’s first season in England was nothing short of a disaster. After signing for a hefty £40 million, expectations were high. However, it soon became clear that this was not the same player that dominated the midfield for Monaco one year prior. Standout performances include the games against Newcastle and Watford, the latter in which he got sent off after just 30 minutes. In fact, many fans regard that performance as the worst by any Chelsea player ever. Unsurprisingly he was sent out on loan the next year. And then when that didn’t work he was sent out on loan again one year later. Hopefully, we can find a team that can see through the gaping holes in his game and take him off our books permanently otherwise he could be on our payroll for a long time.