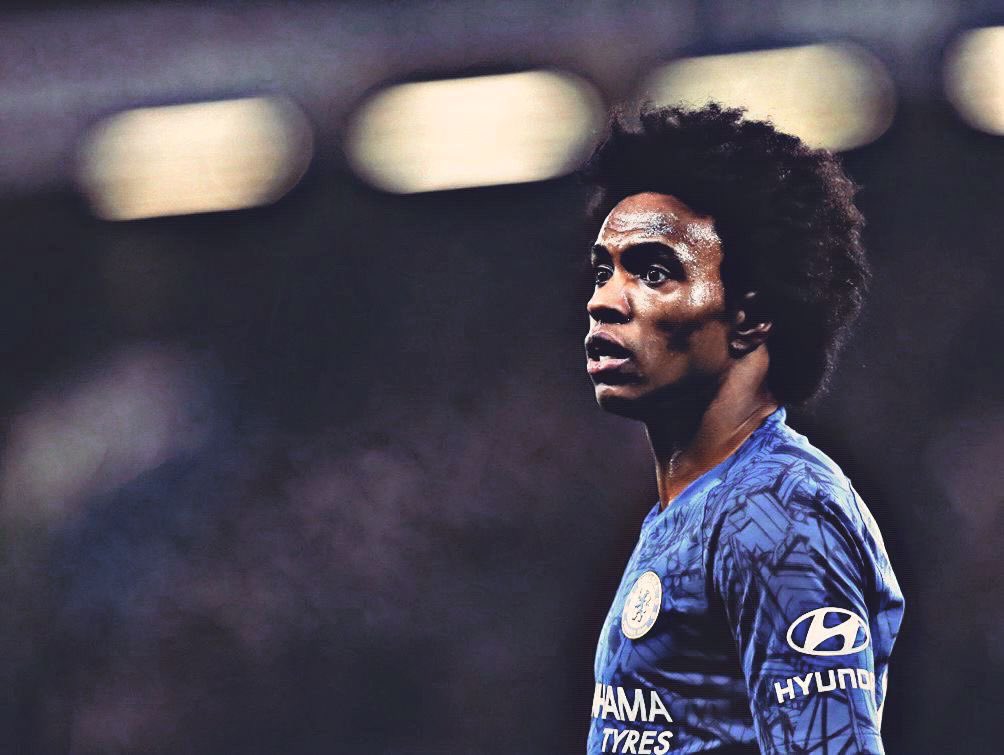 Willian Borges da Silva has been at Chelsea since the 2013-14 season, and has been ever present in and around the team since winning two Premier League titles, one FA cup and one League Cup. Although some fans still love the 31-year old Brazilian winger, Willian has mostly been a passenger in Chelsea’s successes and failures, and has never been a huge contributor considering he has never played a full, consistently good season. His best statistical season was in 2015/16 when he got 11 goal contributions in the league, and we ended up finishing 10th. He has scored a grand total of 32 goals in 224 appearances in the Premier League, which is unimpressive for an attacking winger at a top club. Willian is quite enigmatic; on his day he is a fantastic footballer capable of taking on any defender in the world and beating them. Problem is, that day only comes a couple of times a season as he is massively inconsistent and generally exhibits terrible decision making- almost giving the impression he performs when HE wants to.

However, what is interesting to see is that every manager including Mourinho, Conte, Sarri and Lampard have rated him and consistently utilize him in their preferred team. This may be because of his defensive work rate, or simply because there is a lack of better players in the squad.

This season he has been one of the more featured players, and has been praised by Lampard for his performances, work-rate and his experience. Willian started the season in decent form, scoring four goals and providing four assists, but as of late has again shown just how inconsistent he is. It has arguably been a long time since he last played well, his ‘purple patch’ seemingly come and gone. Considering his inconsistency and recent subpar form, he is extremely lucky that the board (who are well known for their no-big-contracts-for-players-above-30-policy, like famously not offering more than one or two years for even legendary players like Lampard, Terry, Cole, etc.) are offering him a 2-year contract at 31-years of age. Even though he has publicly made clear he does not want to leave London where he and his family consider home, he continues to decline this two-year deal, holding out instead for a three-year contract (which the club isn’t currently willing to do). After our loss to Bayern Munich in the UEFA Champions League Round of 16 (First Leg) at Stamford Bridge, he publicly came out and talked about the impasse that he has reached in negotiations with the board in relation to the terms of his contract. Here’s his translated quote from an interview after the match with Esporte Interativo:

“Chelsea offered me two years, and they are not going to change what they offered. I said I wanted three more years. The situation is difficult because of this, I really don’t know if it will be possible. My goal is to continue working and focus on this remainder of the season, so that Chelsea can continue winning the games for the remainder of the season.”

The question here is – who is more stupid: Is it the board for offering him a two-year deal? Or is it Willian for not taking it?

The only logical explanation that I can think of for the board giving him that deal is to avoid letting him go for free, hoping instead to cash in on him later. After all, if he does not extend his contract they would not get a good fee from a mere one-year extension. Other than this possible analysis , there really is not a good reason to give Willian two more years at this club- not even because he “hates Tottenham”. If they really are offering a two-year contract to keep him at the club longer based on merit, then the board in my opinion, is stupid.

In conclusion, perhaps it is a good thing that Willian has declined the club’s offer, as it means we shall see him say goodbye this summer, even if it is for free. It is time to upgrade personnel and clear the deadwood, and offering two-year contracts to a piece of that ‘deadwood’ is not the way forward.