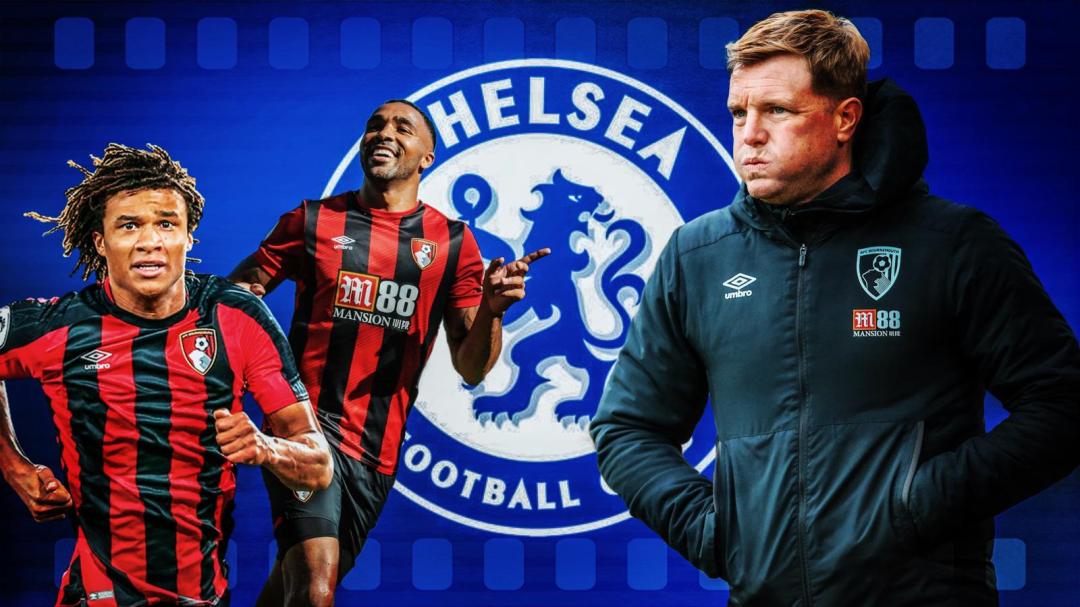 Chelsea Football Club have been inconsistent these last few weeks. They lost against Man United right after the winter break, with controversial VAR decisions favouring the Red Devils. They had an impressive win against Spurs on Saturday’s early kick-off, despite VAR’s controversial decision to not send off Lo Celso. They lost against Bayern Munich on Tuesday night, despite amazing goalkeeping saves in the first half.

Having won three out of the last five Premier League games against Chelsea, what should we expect from the Cherries tomorrow?

Let’s start of by looking at Bournemouth’s style of play, then their key players, before making a prediction on their line-up.

AFC Bournemouth have the longest serving manager from a Premier League club in Eddie Howe, who was handed the role of Head Coach in the 2008/09 season. He rescued the Cherries from League Two relegation that season, then automatically qualified into League One the following season. He then left for Burnley but returned in the 2012/13 season, leading the Cherries from 20th to promotion, to the Championship. Two seasons later, they went on to win the Championship and were automatically promoted to the Premier League.

Tactically, Howe’s main formation is a 4-4-2, which can be altered into a 4-4-1-1, but in his last few games he set up the Cherries in a 4-3-3 formation. The Englishman emphasizes attacking, possession-based football. Offensively, Bournemouth rotate possession with patient build-up play, before playing through balls from central midfield into the path of the striker(s), or play it to the wingers to get into one-on-one situations. Defensively, Howe asks his team to sit back with a deep line with aggressive counter pressing (gegenpressing) and fast counterattacks. The system requires high technical ability and intelligence on and off the ball, and that’s what they mainly look for during the Transfer Window. The key part of his management is to get the best out of individual players, not just trying to get them to suit a manager’s style of play.

Now onto the key players that are so crucial to making this style of play work, before ending it on a prediction for tomorrow’s game.

One of the key players for Bournemouth is Aaron Ramsdale. The former Sheffield United Youth Academy product joined the Cherries for £846k in the summer of 2016. After a couple of loan spells at Chesterfield (League Two) and AFC Wimbledon (League One), Eddie Howe took a chance on the 21-year-old, and started playing him on the first game of the 2019/20 campaign. Since then, the English goalkeeper has kept Artur Boruc on the sidelines, playing 26 out of 27 Premier League matches so far this season. What sets Ramsdale apart from other goalkeepers in terms of shot stopping, is his positioning and reflexes inside the six-yard box, which were quite impressive against Chelsea in mid-December. He also has a pretty good sense of when to run out the box, whether it’s to close down the opposition’s forward or to collect a cross. I’ve been analysing the goals conceded by the Cherries in the last few games, and apart from bad luck, the English goalkeeper does show lapses in concentration by inviting the opposition to take a shot at the unmarked post (hopefully Chelsea can exploit that).

Another is Nathan Aké. The former Chelsea Youth Academy product joined the Cherries for £20.4m in the summer of 2017, and since then he’s been a regular starter for the side. The 24-year-old is quite a versatile player too: while this season’s heatmap shows he regularly plays at left centre-back, he’s able to slot in at left-back (but more as a traditional full-back rather than the modern-day version) or as a holding midfielder. Defensively, he contributes through his tackling, and with his pace and acceleration he’s able to comfortably keep up with the fast forwards. With his work rate he’s also able to anticipate the play and the dangerous points from the opposition. But with a height of 5’10”, he struggles with aerial duels, something both Olivier Giroud (6’4”) and Tammy Abraham (6’5”) can thrive on. Offensively, he loves to bring possession out from the back, and uses his technical and tactical abilities to relieve pressure from opposition pressing and to build attacking threats. If Chelsea were to cut the passing options instead of pressing as a unit, then the Dutch centre-back could struggle.

Finally, there’s Callum Wilson. The former Coventry City Youth Academy product joined Bournemouth in the summer of 2014 for £3.3m, and for the last couple of years he has been a regular starter for the side. The 28-year-old finds himself either as a lone striker or partnered with another striker (Joshua King or Dominic Solanke). The English striker has been known for his positioning and intelligence on and off the ball, and he loves to create opportunities for those around him (a trait similar to Olivier Giroud). Not only that, the more support and freedom Wilson receives from his teammates, the better he performs. However, despite being this season’s top scorer for the Cherries, he has only scored seven goals in 26 Premier League matches. Not only that, this season he has struggled to keep control of the ball and help in recovering the ball. That is quite worrisome for Bournemouth’s main striker, so he’ll need to step up and make a statement tomorrow.

Now, in the final part, I will predict Bournemouth’s Starting XI.

Despite Eddie Howe being very reminiscent to Jurgen Klopp and Pep Guardiola, Bournemouth are currently in a relegation battle. They seemed to have lacked belief at times, and have made a lot of mistakes in high pressure, one-on-one situations. Their forwards are also having problems with form, with their strikers only scoring two goals in the last 10 Premier League games. Also, in those 10 games, the Cherries have lost seven of them (the others being two wins and one draw).

As for the line-up, it will depend on the formation Eddie Howe uses: does he stick with a 4-3-3 or go back to a 4-4-2, a formation that put him in the top half of the table earlier on in the season? I do think that Bournemouth will stick with the 4-3-3 formation, and if that’s the case then this is my predicted line-up:

And that concludes my article on AFC Bournemouth! If you’ve enjoyed it, don’t forget to like and share!