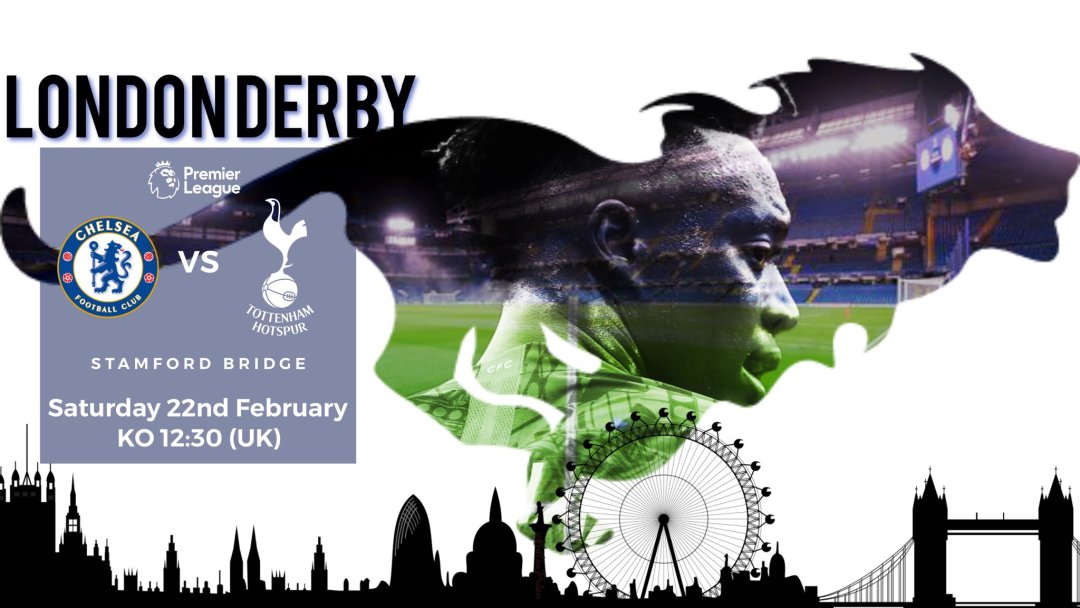 Ameya: Literally I’ve been waiting the whole season for this. I was one of Loftus-Cheek’s biggest fans last season, and supported him through thick and thin. Really unfortunate that he sustained such a severe injury in his first full season at the club, as he always has such a huge impact on the game. Also, he offers just what we are missing right now- runs into the box, converting defence into attacks in a fluid manner and goal threat from midfield. That being said, it is very important not to rush him back so that he doesn’t aggravate his injury, which could keep him out for longer. Until he returns to full fitness, patience is key.

2. With the positive news comes the negative. Which injured player do you feel you’ll miss the most tomorrow?

Ameya: Really tough to pick between Tammy and Pulisic. We quite evidently missed Tammy in our defeat to Manchester United and has undoubtedly been one of our best players this season. Lampard has revealed that Tammy is about 70% fit and might feature, so there is a ray of hope. On the other hand, Pulisic has now been out injured for a long period of time, and it is no coincidence that we have suffered to break teams down in these past few weeks. And knowing Jose Mourinho, he’s going to set his team up with the intention of gaining a point over risking it and losing all three, and a draw could significantly dent our top four (or five) hopes. An argument could also be made for Kante, but he hasn’t had a big impact in the games he’s featured in, so I would have to pick Pulisic for this game in particular.

Ameya: While I’m fairly certain most of the fan base would say no, if it were up to me, I’d say yes. I feel that he has had time to reflect upon his performances this season, and we know for certain that his level is higher than what we have seen recently. Caballero has not been particularly great in those two games either, and he has done nothing that warrants him to start this game ahead of our record signing. Kepa is inconsistent, agreed, but sometimes he does make staggering saves, which only top keepers are expected to. And by top, I mean world class. If he can find some consistency and boost his confidence, we would have an entirely different player on our hands. And Lampard dropping him for two crucial games does not help this scenario. With games coming up that could have a mammoth impact on how our season concludes, Kepa has to feature, starting with today.

4. Willian’s contract situation has come up for debate once again. Would you offer him a one year deal or cave in for his reported 2/3 years contract?

Ameya: If it were up to me, I’d not offer him an extension at all. We have already completed the signing of Ziyech and continue to be linked heavily with Sancho. Pulisic and Hudson-Odoi will also form part of our squad next season, and that means we have four top class and fairly young wingers heading into 2020-21 season. Willian, along with Pedro, should be allowed to leave the club on a free, to free up our wage budget for other signings. Chelsea did not break their policy of offering only one year deals for players above the age of 30 for the likes of Frank Lampard and John Terry who are arguably the greatest players to have ever played for the club, and I simply can’t bear the thought of a player like Willian to be the first to break it. I wouldn’t be against him getting a one year deal, but there is absolutely zero chance of me agreeing for him to sign for another two or three years, even if we do it with the intention of selling him.

5. The rivalry with Jose will be live in the flesh at the bridge, do you think he’ll be booed upon return?

Ameya: Without a doubt. Jose will always be respected for what he achieved at the club, but his love with the fans is long lost. He received a rather hostile response when he visited Stamford Bridge with Manchester United, and did not help his case by joining our bitter rivals Spurs. He’s also continued his ways of playing mind games, and sometimes can get into the head of the Blues faithful, but we have to move on, just like he has. He was also treated pretty harshly in the reverse fixture, so I expect some hate and abuse directed towards him like an ex after a bad break-up.

6. Would you risk doubts Tammy and CHO tomorrow?

Ameya: My mind is conflicted with the response to this question. Tammy and CHO have both been very crucial in our games this season. While a part of me understands that playing when not fully fit could cause serious repercussions, the other part of me wants to get one over Jose and Spurs once again. Not to mention that we could finish this weekend placed 7th should we lose and results elsewhere go against us. That being said, any further injury to both of these could derail our season. Therefore, I would not want them to start the game, but they could feature off the bench in the latter stages of the game if required.

7. Which formation would you play considering Chelsea won in a 3-4-3 in the reverse fixture?

Ameya: I am a huge 4-3-3 enthusiast, and I have mentioned this quite frequently. I would love for our formation in the long term to be a 4-3-3 as that is the best formation for what Lampard is trying to implement. But, for this particular game, I’d revert back to the 3-4-3. This has more to do with our injury problems over style of play. I can’t bear to watch another game where Willian and Pedro start together on the wings, and especially not against opponents of the calibre of Spurs. Ngolo Kante’s injury contributes to this decision as well. We will quite likely get outplayed in the midfield with the likes of Lo Celso and Ndombele, but the five man defence is crucial as they don’t have a fit striker or centre forward for this game with both Kane and Son out, and they could look to break our defence with intricate passing and one-twos, which we must prevent.

8. Finally, could you give us your team for the game?

In a 3-4-3 formation, and assuming Tammy and CHO are not fit to play: