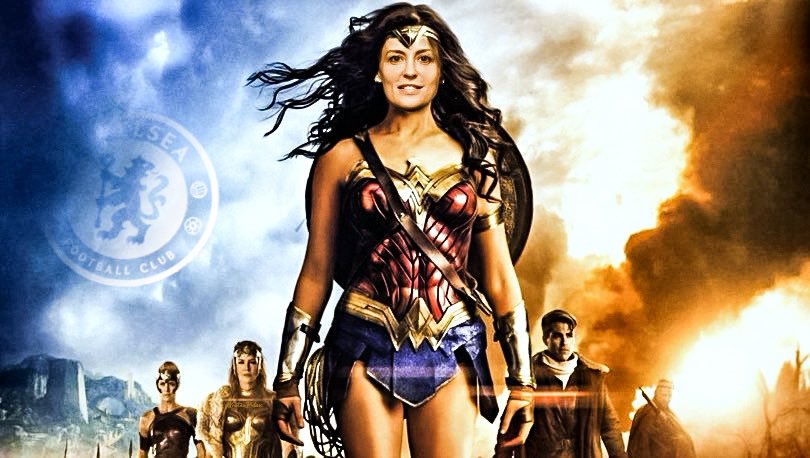 Marina Granovskaia is well known as the most powerful woman in football, and for good reason. She’s effectively been running the club since Abramovich’s Visa issues stopped him from entering the country, and has been entrusted as his valued ally for almost two decades. So why does she so often get stick from the Chelsea fan base? And more importantly, is it deserved?

Over the last decade, Granovskaia has made her way up the Chelsea ranks, elevating her status from trusted advisor of Abramovich in the early days, to being a key member of the board as we head into a new era. Her negotiating skills have made Chelsea a much tougher club to deal with in the market. Back in 2003, a selling club could name any price and it would almost certainly be paid by a reckless Chelsea looking for immediate success. Since Granovskaia’s introduction as director, the club have been known to walk away from deals they deem too expensive, and instead play the long game in the aim of getting who they want for the right price.

This was particularly evident recently with Maurizio Sarri’s arrival in the summer of 2018. It was a saga that went on for way too long, with Napoli chairman Aurelio De Laurentiis making business especially difficult by dragging his heels over letting Sarri go (despite having already replaced him). It was the tenacity and negotiating strength of Marina Granovskaia that enabled Chelsea to get a package deal which included midfielder Jorginho accompanying Sarri on the plane to London. Last season after it became evident that Sarri would be moving on, Granovskaia still managed to get a compensation package from Juventus, saving Chelsea a hefty payout, that would have come from an amicable parting in the event that Sarri didn’t go straight to another club. Chelsea’s director has made them a serious force to be reckoned with in the market.

One of her biggest strengths is most certainly negotiating transfers. This was exemplified last summer when Granovskaia managed to get £88m rising to £130m with add-ons, for Chelsea’s Belgian winger Eden Hazard. The club legend had just 12 months remaining on his contract, so this represented extremely good business for Chelsea. That deal came in the same year that Granovskaia changed Morata’s £50m option-to-buy to an obligation for Atletico Madrid, ensuring that the club broke even (if you include his 18 month loan fee) on a player who massively flopped at Stamford Bridge. The signing of Hakim Ziyech for just £33m rising to £36m with add-ons, is the latest in a long list of miraculous achievements for the club’s Director.

Over the course of the season, she has also tied down Mason Mount, Ruben Loftus-Cheek, Billy Gilmour, Reece James, Fikayo Tomori and Callum Hudson-Odoi to new deals, cementing the future of Chelsea for a minimum of five years a piece. Marina Granovskaia is simply one of football’s best negotiators, perhaps even the best.

Before anyone can criticise, if they still feel it’s necessary, it is important to have all the information about Chelsea’s board and how it works. Granovskaia, being the well known figure that she is, bears the brunt of the abuse from fans, which is as lazy as it is misinformed.

The Chelsea board consists of Chairman Bruce Buck, Chief Executive Guy Laurence, whose day-to-day running of the club focuses on revenues and the club’s commercial activities, as well as Director, Eugene Tenenbaum, who’s been on the board since Abramovich’s arrival in 2003. David Barnard is Chelsea’s Director of Football Operations, dealing with the administrative work and ensuring that the club stay in line with the relevant authorities and rules such as FFP (which some clubs seem to forget exist). Finally, the most well known figure is of course Marina Granovskaia, who is responsible for player transactions but also negotiating business deals such as her triumph with Nike in 2018.

The criticism that comes from fans is largely due to player transactions, which is of course Marina Granovskaia’s department. Although she has a big say in decisions at the club, there is still a democratic process involved. Many reports in January suggested that there was conflict between the board members listed above about whether to strengthen in January or wait for the top targets in the summer. So it’s the board as a whole that deserves blame for lacking a clear plan or direction for the winter window, and not something to be solely blamed on Chelsea’s Russian director. For all we know, Granovskaia could have been very much in favour of January acquisitions.

If it’s the quality of player that fans have an issue with then look no further than Scott McLachlan, who is Chelsea’s Head of International Scouting. He is someone who has a close working relationship with Marina Granovskaia about potential signings. The players are then brought to manager Frank Lampard and new Technical and Performance advisor Petr Cech, who also weighs in with his thoughts. It’s very much a team process which is also discussed at board level, with an emphasis that Chelsea not have key decisions made by just one person. Marina Granovskaia of course weighs in with her opinions on potential signings, which despite not having a background in the sport, are highly valued by owner Roman Abramovich. This current set up has come about after careful consideration and analysis of past business doings, and despite anything that came before, it’s now the reality of the Chelsea hierarchy.

Fans who still blame Marina Granovskaia for the lack of winter-transfer activity, may like to know that she, in fact, pushed hard to get Hakim Ziyech last month while the window was open. This of course didn’t happen, as Ajax were reluctant to sell like many other clubs in the winter window. Instead, she wrapped up a deal for Ziyech in mid-February, with Chelsea now having one of Europe’s most sought after creative players signed up for the new season.

Reliable reports also say a Christian Pulisic-type deal was attempted for Jadon Sancho, but stalled when Dortmund refused to do business last month. Granovskaia was extremely active in the market this January with attempts to sign top-quality players, while simultaneously rebutting offers for players like Gabigol and Piatek at the instruction of Frank Lampard and her own common sense.

Considering many top players were unavailable last month, it’s important to note that Chelsea upheld their objective to not add average players to the squad, even though the lifted transfer ban would allow us to do so. Moussa Dembele, a rumoured target, was not for sale (unless for a ludicrous price) and a last minute deal for Dries Mertens didn’t materialise due to the Belgian preferring to see out his contract in Naples. It’s understandable to be frustrated by the lack of signings, but it is now evident the board were trying to secure certain top-targets and when they failed, they wisely made the decision to not add mediocrity to the squad. In all of this, Marina Granovskaia’s role in negotiating deals remains exemplary as usual.

Most recently she has completed the sale of Mario Pasalic to Atalanta for £12m, adding to the ever-growing transfer funds available to the club for the 2020 summer window. This is a player who has never stepped foot on the pitch at Stamford Bridge, yet a significant amount of money has come in for him. Unquestionably, this is another success story for the club and its loan system. The planned sale of the loan army, which has been reported, could almost entirely fund a move for someone like Jadon Sancho. It’s a system that has been grown and used extensively in Marina Granovskaia’s time at the club, and will likely bear fruit to help with Chelsea’s planned spending spree in the future.

So when you next go to tweet #MarinaOut, just know that you are not only blaming her for what is very much a group decision in terms of acquisitions (or a lack thereof), but you are also asking for one of football’s best negotiators to be removed from her post. You’ll seriously struggle to replace her talent and influence on the board. I dare say it’s an impossible task to do so.

Marina Granovskaia is quite rightly a trusted ally of Roman Abramovich, and she has earned and deserves our respect.