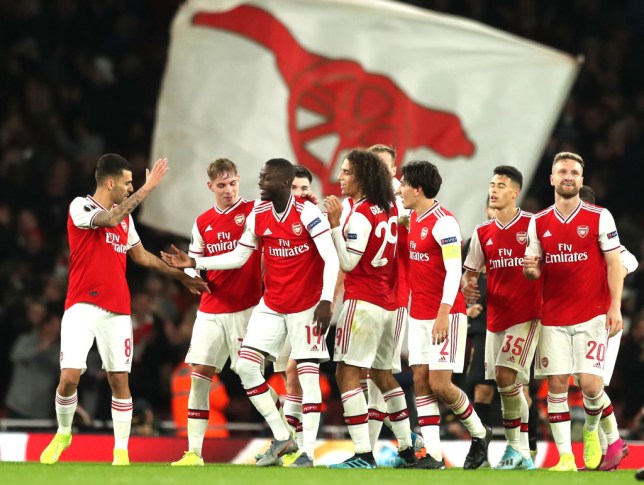 For the second time in less than a month, Chelsea and Arsenal meet in the Premier League. Last time Chelsea rode out winners at the Emirates Stadium, Chelsea snatching it at the death through a Tammy Abraham goal. Mikel Arteta has had more games to get accustomed to his new players since then, and Arsenal will hope to come out of this one with a better result. In this article, I’ll look to highlight some of the key battles we may see take place on Tuesday night, from an Arsenal fan’s perspective.

To say Arsenal have struggled at Stamford Bridge in recent times would be a massive understatement. The last time Arsenal came out on top in West London was in 2011, a match that featured a Robin Van Persie hattrick and, ironically, Mikel Arteta in the starting line-up. In general, Arsenal struggle massively away against ‘big 6’ opposition. They haven’t won in an away fixture against Man United, City, Chelsea, Spurs or Liverpool since January 2015, a 0-2 victory at the Etihad in the 14-15 season. Mikel Arteta will be hoping to change this stat on Monday night but he’ll have to force his squad over a big mental obstacle if he’s going to do so. The Arsenal players will have to block out the atmosphere that comes with a London derby and will have to believe they are better than Chelsea. They will need to play with power and pace, something they’ve struggled to do in recent years.

With Aubameyang still suspended following his red card against Palace, Arsenal need goals from elsewhere. One of the prime candidates to fill that void is Gabriel Martinelli. The Brazilian has enjoyed an impressive season since signing from Ituano, scoring 9 goals including 2 in the Premier League. With his fearless, direct approach and seemingly endless energy, he represents a very real threat for the whole 90 minutes. Whoever has the job of dealing with him, whether it be Reece James or Azpilicueta, is sure to have a very difficult task on their hands.

With 34 minutes of the game gone, Chelsea were being dominated at the Emirates. They were making repetitive fouls resulting in yellow cards, conceding chances, Arsenal were simply all over them. The difference was the midfield trio of Lucas Torreira, Mesut Ozil and Granit Xhaka. They were dominating a key battle in midfield. With only Kovacic and N’Golo Kante in the centre, Chelsea were being outnumbered and overrun. Frank Lampard had to make a change and chose to hook Emerson in favour of a deep midfielder in Jorginho. This key substitution is what ultimately won Chelsea the game. With the added presence of Jorginho, Chelsea began to win the midfield battle. Jorginho and Kovacic were allowed excessive time on the ball to pick their passes as Arsenal tired, and eventually, they broke through the Arsenal defence.
This time around the midfield battle will be just as important. After seeing how this substitution paid off in the last game, it would make sense for Lampard to start Jorginho from the start, and it will be very interesting to see how Arteta approaches this. One option is the reintroduction of Dani Ceballos, on loan from Real Madrid. The Spaniard’s loan spell has not proved fruitful thus far, but he could provide a more energetic option than Ozil, and could well give Arteta the upper hand in the midfield battle.

Can Lacazette pull himself into form?

It’s fair to say Alexandre Lacazette hasn’t enjoyed the best of seasons. Following Arsenal’s draw with Sheffield on Saturday, Lacazette has now started 5 games without scoring. For a striker of his quality that is not only unexpected but highly disappointing. Whilst there’s no denying that Lacazette offers other qualities and all things considered, overall actually has played well recently, Arsenal need goals more than anything. The Frenchman is massively lacking confidence in the opposition’s box but a goal in the London derby could kick-start his season. One thing is for certain, and that is Lacazette’s tendency to perform in big games. Goals and assists against Spurs, Liverpool, Man United, and Chelsea all came last season, and Lacazette himself and Arsenal will be hoping another can come at Stamford Bridge.

If there was an instant weakness to point to in this Arsenal team, it would be the defence. With 32 goals conceded this season alone, it’s safe to say Arsenal’s defending has been less than impressive. The deadline day signing of David Luiz from Chelsea was undoubtedly a stop-gap, and has resulted in a plethora of mistakes made by both Luiz and his Greek partner Sokratis.
In fairness, under Arteta both defenders have looked quite solid. Arteta has introduced a new structure which sees them ran at less with the midfield pairing of Torreira and Xhaka sitting in front, and both centre halves seem to just be more secure in what they’re supposed to be doing. Compared to the shambolic defending seen under Emery, it’s a vast improvement. However, that full confidence is never really there, a feeling of impending doom always seems to be just around the corner. A late challenge, misplaced pass or a dodgy header are never fully out of the picture. Against a Tammy Abraham who has been very impressive this season, and a string of pacy wingers, Arsenal fans may find their hands their eyes at multiple moments throughout this match.

Whatever the score ends up being, there’s no doubt we’re in for another exciting London derby. With plenty still to play for in the league, whether it be a stamp of authority on top four for Chelsea or even the possible revival of a last-minute dash for top four for Arsenal, both teams will be up for the contest and we’ll see all the usual passion and excitement of this fantastic fixture, between two of England’s biggest clubs.

One thought on “Arsenal vs Chelsea: Key Battles”