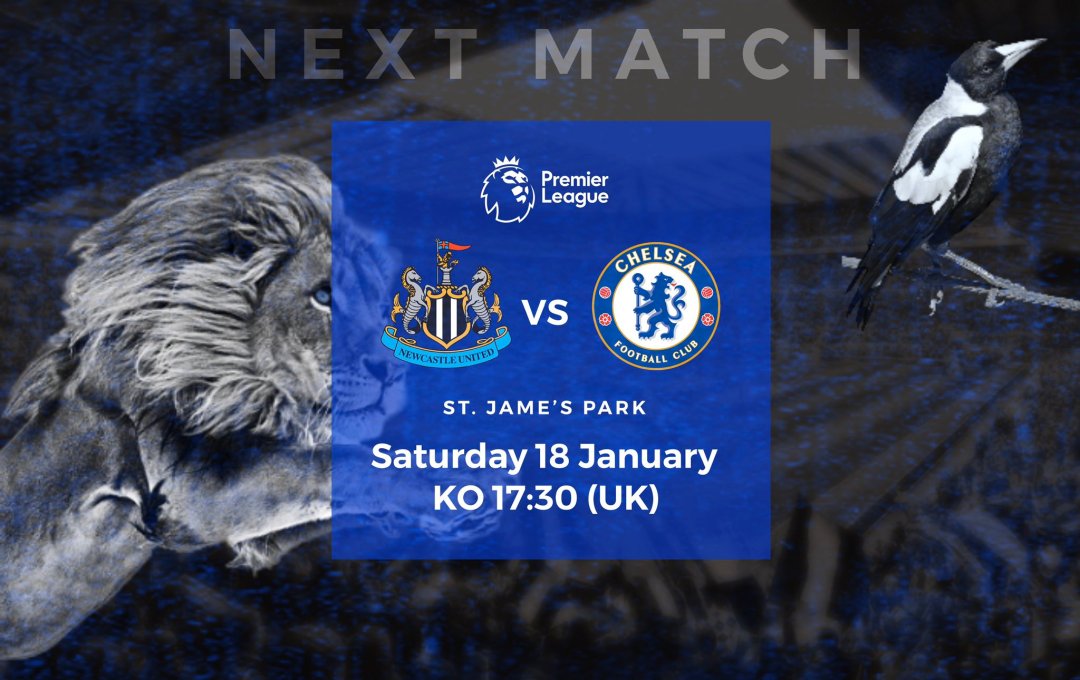 Chelsea will once again face a struggling mid-table team as they travel to St. James Park in North England to face Newcastle United. The blues have faced devastating losses to the likes of Bournemouth, Everton, and Southampton in the past month who are all in the mid-table of the standings. Frank Lampard will be coming into this game with great determination to win this game and cement their fourth-place status despite beating Newcastle earlier this season.

The woeful Newcastle United continue their struggles in the Premier League with their last win in the league being in December of last year against Crystal Palace. In their most previous ties, they drew against Wolverhampton Wanderers 1-1 in the league and won against Rochdale 4-1 in the 3rd Round of the FA Cup.

Miguel Almiron, who has picked up form after a slow start to his Newcastle career gave the Magpies the lead vs Wolves in 7 minutes with a strong finish by the Paraguayan. Their lead was short-lived when Leander Dendoncker leveled the game back to equalize in the 14th minute. The toon lost several players to injury with Paul Dummett and Dwight Gayle coming off in the first half. This didn’t stop Newcastle United from fighting as they withheld Wolves from winning the game. Newcastle’s Slovakian keeper, Martin Dubravka, made some crucial saves throughout the game that helped Newcastle secure their hard-fought point. Dubravka denied the Mexican Striker, Raul Jimenez, in the first half stopping him from scoring a short-range header in astonishing fashion. Right away in the second half, Dendoncker put in a dangerous cross with Raul Neto finding a similar ball Raul Jimenez had earlier in the game but Dubravka made another outstanding save to deny the Wolves 3 points.

This past Wednesday, The toon had a strong outing against Rochdale beating them quite comfortably advancing themselves in the fourth round of the FA Cup. Rochdale’s Eoghan O’Connell’s own goal cost Rochdale to concede the 17th minute which opened the scoring for the Toon. Their owner, Mike Ashley made a surprise visit to St James Park to hold transfer talks with Steve Bruce. Matty Longstaff and Miguel Almiron followed up with goals shortly after the own goal. Joelinton who has been questioned recently over his goal drought finally broke out with the last goal in the match. Steve Bruce has backed the young Brazilian striker saying “Many, many players have come to the Premier League with big experience and find it a struggle,” said Bruce. “So let’s hope it just gives him that bit of confidence which every striker needs (BBC Sport). Bruce reiterated that after he scored, Joelinton looked bright and hungrier in the last five minutes and Bruce hopes that goal has lifted the Brazilian’s confidence.

Chelsea will need to highlight Newcastle’s current flaws as the Magpies struggle to find goals with only 21 goals in the league. Newcastle have 5 clean sheets this season but have defenders in Jamaal Lascelles and Federico Fernández who are strong in the air. Their leading scorer is Jonjo Shelvey with 5 goals this season. Newcastle are not as potent in the final third lacking creativity with only 16 assists from their whole team. Christian Atsu, the former blue, leads their ranks with 3 assists. Miguel Almiron is their most dynamic and aggressive midfielder with 37 shots. Newcastle have also injury concerns with Alan Saint-Maximin being out with a hamstring injury and with current knocks on several players from their midweek match.

The last time these two teams collided was in October, and Chelsea managed to break Newcastle’s compact defensive blocks in a 1-0 victory. Before Alonso’s winner in the 73rd min, Chelsea were having trouble getting past the Toon’s defense. Steve Bruce set up in a 5-4-1 formation off the ball trying to catch Chelsea on the break with Joelinton being their outlet and Saint-Maximin making dynamic runs on the counter. Hudson-Odoi was Chelsea’s best player on the pitch that day winning MOTM and assisting Marcos Alonso’s goal. He will most likely feature in Saturday’s evening match with Christian Pulisic currently being out with an Abductor injury and Pedro being out of favor. Chelsea can not be complacent in their passing and will have to be swift to break the lines. Newcastle likes to set up in a 3-4-3 formation on the ball with Jetro Williams and DeAndre Yedlin pushing up the field as wing-backs. The Newcastle midfield that consists of Sean and Matthew Longstaff could feature on Saturday but Steve Bruce might want to include their leading scorer Jonjo Shelvey who has been in and out of the lineup with injury problems.

Chelsea have been shaky on set pieces all season long and will have to be alert once again as Newcastle have 8 goals on set pieces with towering figures in Andy Carroll and Joelinton along with their tall physical defenders. Jorginho will be key as his presence in midfield will be essential to find gaps between the lines. The two midfielders beside him will have to get into pockets of space to create opportunities on the attack. Breaking the first line of defense with sharp and accurate passes will be one of the factors coming into this game but Newcastle tight and compact blocks will make it difficult so overloading the wide areas might be another go-to solution to utilize throughout the match. In the last two matches, Hudson-Odoi and Reece James showed their chemistry down the right-hand channel with the dynamic interplay between the two youngsters giving opposition trouble. They will have to be sharp and ready to handle Newcastle rigid play. They should look to spray in deadly crosses for Tammy who will be waiting for any opportunity to strike.

This will be another important test for Chelsea as their resolve against lower opposition sometimes falter especially at home but their away record has been strong with 7 wins away from home and 22 points accumulated. Will Chelsea’s away record continues to prosper or will they crumble under the pressure? Saturday night will give us the answer.

Christian Pulisic continues to be out with injury, Ruben Loftus-Cheek is still recovering from his torn Achilles injury and far from match fitness. –