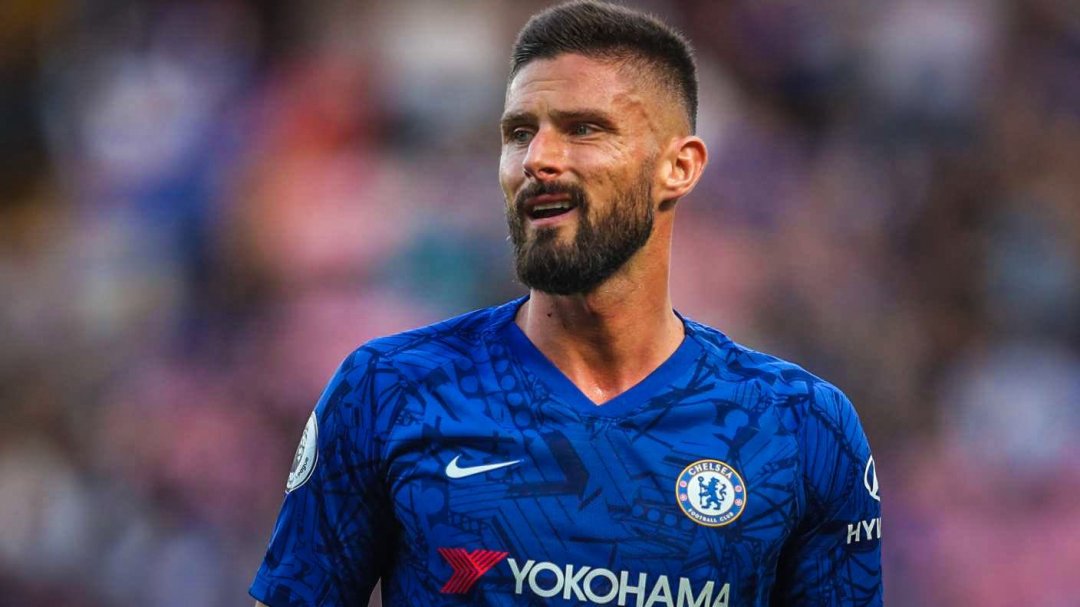 A lot of rumors have been coming out this week about the Frenchman’s future at Chelsea. He is set to join ex Chelsea boss Antonio Conte at Inter Milan. Olivier Giroud signed for Chelsea in 2018 from Arsenal for a reported fee of 12 million pounds. Giroud has rarely played for new manager Frank Lampard. Tammy Abraham was Lampard’s first choice and Michy Batshuayi was Franks’s second choice. Giroud has barely got a look in this season. As the Frenchman is rumored to leave Chelsea this window, I thought we should look back at his top 5 moments for the blues.

1) Oliver Giroud’s goal in the Europa League final against his former club. Giroud scored a stunning header to give Chelsea the lead in the Europa League final against Arsenal. It was a beautiful cross by Emerson and Giroud got in front of Laurent Koscienly and guided his header beautifully in the bottom left corner. Chelsea would go on to win the final 4-1 with Giroud celebrating on the team bus emphatically. “Thank you Arsenal.”

2) Giroud’s majestic solo goal against Southampton in the FA cup semi-final. Fabregas did well to find Eden Hazard who then played the ball into Oliver Giroud, he floored 3 of Southampton’s players and then tapped the ball into the back of the net. It was a spectacular goal from Giroud who is known as the FA cup specialist. A goal that will go down in the history books and Chelsea fans will remember this goal for years to come.

3) Giroud’s brace against Southampton. Chelsea found themselves 2-0 down at St Mary’s. Oliver Giroud came off the bench and scored a header to give Chelsea some hope as he cut the deficit in half. Eden Hazard equalized for Chelsea. Then in the dying minutes of the game, Oliver Giroud scored to give Chelsea the lead. He came on and inspired a special comeback for the blues.

5) Giroud’s goal against Liverpool. A goal that gave Chelsea a slight glimpse of the top 4. Moses whipped the ball in the and Giroud rose up like the Eiffel tower and scored a fantastic header which gave Mignolet no chance. It was a goal that gave Chelsea a huge chance to finish in the top 4. Oliver Giroud’s header was the only goal of the game and Chelsea got the three points that they were looking for.

These are my top 5 moments for Oliver Giroud in Chelsea blue. A striker who has been very underrated throughout his career, stepped for Chelsea when we needed him the most. He was influential in Chelsea’s Europa League campaign last season as he finished top scorer of the competition. He was also crucial for the blues in Chelsea’s Fa cup success in 2018. He scored one of the best goals in FA cup history against Southampton. Oliver Giroud’s time at Chelsea seems to come to an end, I would like to thank him for his contributions at the club. It’s a shame that he was not in Frank Lampard’s plan as I felt he would have had a huge impact on Chelsea if he was used more. But it was not meant to be, I would like to wish Giroud all the best for the future.