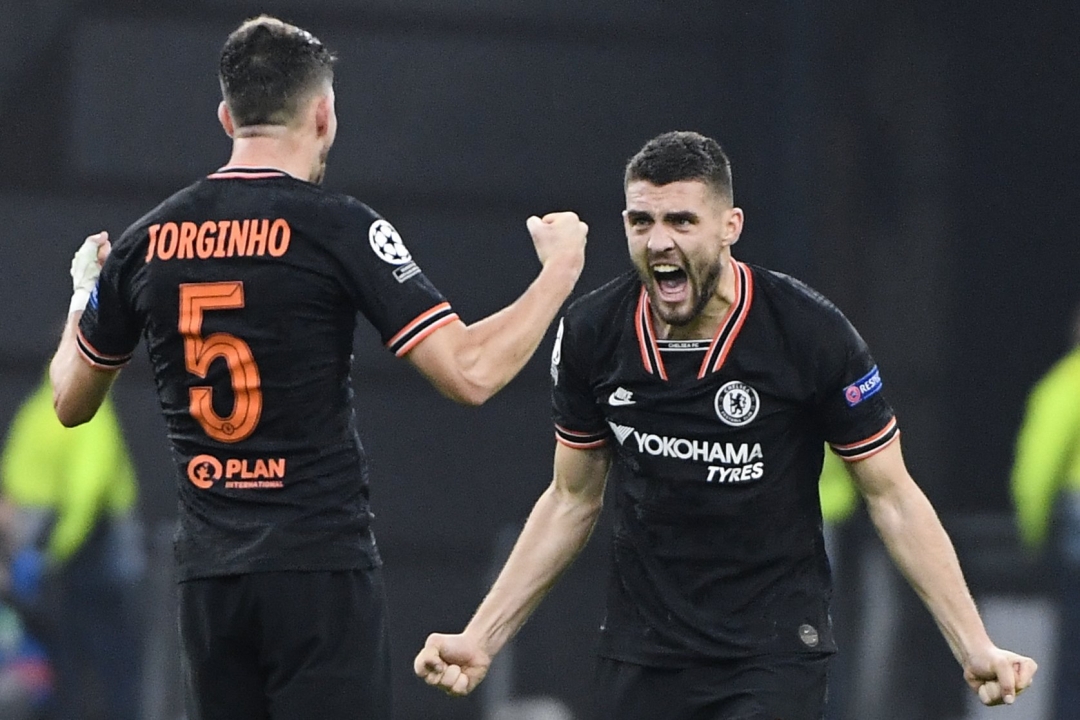 Why Mateo Kovacic and Jorginho are Europe’s BEST Midfield Partnership

After reading the title, it’s probably funny to think about how much stick these two got last season. Kovacic the “pointless footballer” and the “not good at anything” Jorginho are now in form at an unplayable level. They helped drive the Blues to a remarkable point against Ajax. Just the two of them alone had 22.2% possession against Watford, whilst the Watford team as a whole mustered a measly 33.3%. In that same game, Jorginho and Kovacic also combined for 22 recoveries and 265 passes with an average pass accuracy of 95%. While Watford are a pretty poor side and although the Blues barely escaped with three points, the sample size is actually much larger than this, dating even back to last season in a broken ‘Sarriball’ system. When Kovacic arrived at Cobham last season, he was barely fit to even play in matches. When Jorginho arrived, he was signed to do only one thing for one system for one reason. Now, the two have adapted, improved, and formed the best partnership in Europe.

“A combination of Kaka and Clarence Seedorf” and “. . . the most promising” youngster since Ronaldo Nazario, according to Javier Zanetti and other peers, are just a few ways some have described Mateo Kovacic in the past. Once a wonderkid of Inter Milan, he was forced to be sold to Real Madrid and fell off a cliff in terms of relevance and playing time. Then, Chelsea had other ideas, signing the three-time Champions League winner to a one season loan. As soon as he became fit, Kovacic proved his worth, displacing the likes of Cesc Fabregas and Ross Barkley almost immediately. For the first time in years playing regularly, Kovacic displayed his top talent that few other midfielders in Europe are capable of; Hazard-esque dribbling in central midfield coupled with stout defensive ability, relentless pressing and a disciplined, accurate range of passing. However, given the abundance of ability he has, it’s truly no wonder his first season in Chelsea Blue ended in European triumph, something he has become accustomed to.

Jorginho is less heralded than his Croatian counterpart. At the prime age of 27 (28 in December 2019), Jorginho this season is hitting heights never before reached in his career. He ended last season with his first ever European trophy, and first trophy overall in five years, and also earned his first ever individual award, featuring in the Europa League Squad of the Season. And, coming over to the England for the first time, he was hammered by pundits and fans, being labeled “one-dimensional”, “pointless” and “not good at anything”. However, Jorginho is a misunderstood player to some, including myself until the very end of last season. Deployed by Maurizio Sarri as a deep-lying playmaker last season, Jorginho could never truly impact the game to his fullest ability, due to still adapting to the new league.

As Andrea Pirlo once said, “Football is played with the head. Your legs are just the tools”. After hours of searching for an alternative, I have determined that there is no other way to describe Jorginho and Mateo Kovacic than that. Truthfully, no midfielder in world football walks into this pivot. Jorginho is not the most athletic or talented player on the pitch, but often uses his heads-up thinking to stay one step ahead of the opposition and manipulate their defensive structure with his sublime passing. On the other hand, Mateo Kovacic may be the most athletic player on the pitch, and often uses his reaction speed, dribbling and pace to escape pressure and embark on a marauding run before finding a teammate in an opportune space in the final third. Jorginho is the A+ brain to Kovacic’s track runner braun, and together they form the greatest, game-controlling partnership in European football.