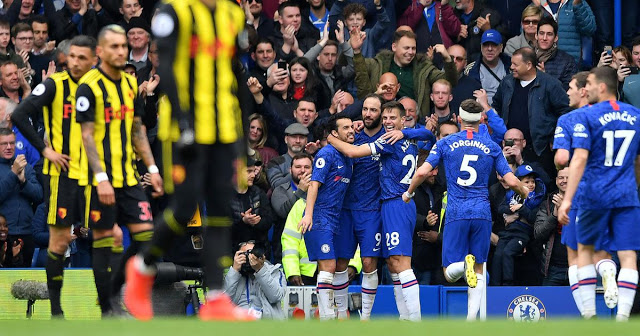 Following a generally hapless and deflating defeat against United at the Bridge, Chelsea will head to Vicarage Road to take on Watford. Currently, Watford are floundering at the bottom of the table with zero wins in ten games, although they have managed three points from their last three. As most of us know, Watford, despite being a weaker side, usually give the Blues all they can handle, and I bet you’re thinking of *that* loss to the Hornets two seasons ago. However, Chelsea have won seven of their last eight without too much concern, meaning that Blues fans can look forward to this one without worrying about a trap game, although Watford are still a team that can cause problems.

On the injuries side, there is nothing concrete to note. Frank Lampard will likely have much of the same at his disposal for at least this trip to Vicarage Road before being able to introduce anyone back into the team. Toni Rudiger and Emerson Palmieri remain out, as does N’Golo Kante, who is 50/50 for the Ajax game. Ross Barkley and Andreas Christensen are close to a return but Watford may come too soon for them.

In May, the Blues battered the Hornets 3-0 after a poor first half. Watford typically challenge us for all we can handle, but couldn’t escape a two assist Hazard performance and an extremely rare Gonzalo Higuain goal.

Chelsea lost Kante to injury in this game, and Loftus-Cheek came on and scored right after halftime. However, Chelsea will without both this time leaving Jorginho and Mateo Kovacic with their hands full with French powerhouse Abdoulaye Doucoure. This is our first bout with Watford this season, and hopefully the next will feature a cleaner bill of health.

With a chance to potentially leapfrog Leicester for 3rd, this would be a silly game to experiment with a lineup and drop points, although some rotation players would probably still do the trick. Watford however find themselves 20th, and would be elated to have a larger cushion on the relegation zone.