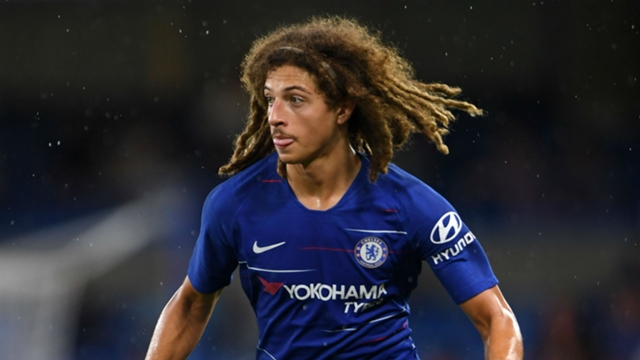 What to do with Ethan Ampadu

There’s no doubt in my mind that Ethan Ampadu is an extremely talented young player. He’s got the ability and the attitude to be successful at the highest level of the game, but as of now, he needs to develop.

Ampadu signed for Chelsea as a 16 year old from Exeter City, where he had broken through and started to play on a regular basis for their first team. He made 18 appearances for the club in the 2016-17 season, catching the attention of Chelsea, who saw his huge potential.

Under Antonio Conte, Ampadu made seven appearances in the first team, making his debut as a substitute against Nottingham Forest, replacing Cesc Fabregas. His composure and confidence in what he did was impressive for someone so young, even giving orders from midfield to his older teammates. This season, he’s made 5 appearances, his last coming in the FA Cup against Sheffield Wednesday, where he was trialled in Sarri’s infamous ‘regista’ role.

“Ethan is a talented player. Even more so than that, as a person, he’s so balanced and mature for such a young player. He’ll be a magnificent player.”

Wherever Ampadu plays, he looks to be a top player, whether that’s in midfield or at the centre of the defence. However, it’s his versatility that has been his downfall this season, appearing for Maurizio Sarri at RB, CB, RCM and as a ‘regista’. It seems as though Sarri recognises his talent, but can’t figure out where his best position is as a player.

I want Ethan Ampadu to be a future star of Chelsea and he definitely can be, however, right now, a loan is probably the best way forward. He isn’t getting enough game time to develop at the rate that we all know he can, partly due to Sarri not knowing his best position as well as having the likes of Rudiger, Luiz, Jorginho and Kante ahead of him.

I think he can thrive if he’s loaned out to a club in a top 5 league, where he’ll play regularly and in one position for 1-2 seasons. All that’s missing from his game is that consistency of playing in the same position and not being juggled round the team like he is at Chelsea.

Ethan Ampadu’s future is bright but a ‘Christensen type loan’ is his best option right now. Let him develop and then come back, ready to make a real impact in Chelsea’s first XI.